After a continuous decline in business for 3 days since its opening day, the Hindi action-adventure film Ram Setu witnessed a jump in footfall across the country on Saturday and surpassed the lifetime total of Akshay Kumar’s previous film Raksha Bandhan (44.39 crores). While the other new release, Thank God has also shown growth on day 5 but is still struggling for respectable numbers. 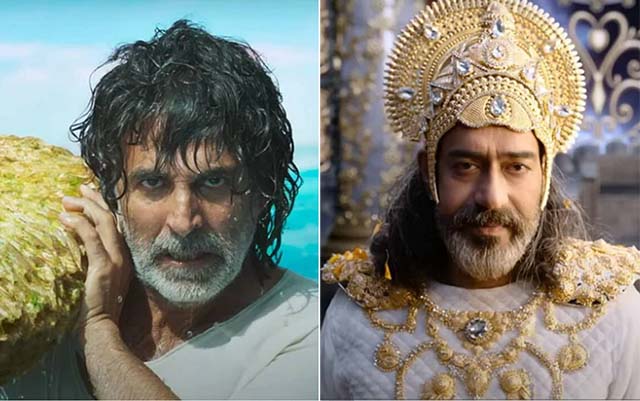 Featuring Akshay Kumar, Satya Dev, Jacqueline Fernandez, and Nushrratt Bharuccha, Ram Setu opened on a good note on Tuesday despite mixed reviews from critics and did a business of 15.25 crores. Public reactions to the film are positive, however, it slipped on Wednesday and collected 11.40 crores.

With a further drop, Abhishek Sharma’s directorial Ram Setu minted 8.75 crores on Thursday and 6.05 crores on Friday. Then with Saturday being a weekend, the film took a fair jump in business and garnered 7.30 crores. After 5 days, the film registered a total of 48.75 crores nett from around 3100 screens nationwide.

On the other hand, Indra Kumar’s directorial Thank God took a slow start on Tuesday at the box office with 8.10 crores. Despite positive public reactions, the film even failed to stay steady and minted 6 crores on Wednesday, 4.15 crores on Thursday, and 3.30 crores on Friday.

On Saturday, Ajay Devgn, Sidharth Malhotra, and Rakul Preet Singh starrer comedy drama Thank God recorded a slight jump and raked a business of 3.85 crores. With this, the film registered a 5-day total of 25.40 crores nett from around 2400 screens across India. Now Sunday is crucial for both films, especially for the latter to score respectable numbers on the board.