Despite a good start at the box office, Ram Setu starring Akshay Kumar with Satya Dev, Jacqueline Fernandez, and Nushrratt Bharuccha failed to maintain the desired pace and registered an average 6-day extended opening weekend. While, Thank God featuring Ajay Devgn, Sidharth Malhotra, and Rakul Preet Singh has struggled a lot and completed the weekend on a low note. 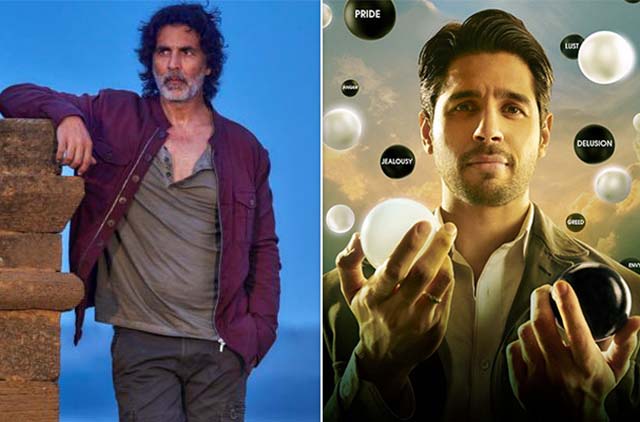 Directed by Abhishek Sharma, the Hindi action adventure Ram Setu received mixed reviews from critics but managed to register the second-best opening of the year in Bollywood with 15.25 crores on Tuesday. Despite positive reactions from the audience, the film witnessed a continuous drop in business afterwards and collected 11.40 crores on Wednesday, 8.75 crores on Thursday, and 6.05 crores on Friday.

On Saturday due to the weekend, Ram Setu showed some growth and minted 7.30 crores. With further growth on Sunday, it garnered 7.25 crores and registered a 6-day total of 56 crores nett from around 3100 screens across the country. Considering the underwhelming performance so far at the box office, the film doesn’t seem to hold well on weekdays.

On the other hand, Indra Kumar’s directorial comedy-drama Thank God has also received positive reactions from the public but unfortunately lagged far behind Ram Setu. On Tuesday, the film took a slow start and did a business of 8.10 crores. Further, it witnessed a continuous fall and raked 6 crores on Wednesday, 4.15 crores on Thursday, and 3.30 crores on Friday.

On Saturday as expected, Thank God picked up by a slight rate and bagged 3.70 crores. Then on Sunday with minimal growth, it did a business of 4 crores and registered a 6-day total collection of 29.25 crores nett from around 2400 screens nationwide, which is quite disappointing for a film associated with big names.