Filmmaker Vivek Ranjan Agnihotri’s much-anticipated historical drama based on the exodus of Kashmiri Pandits during the Kashmir Insurgency, The Kashmir Files has shown a historical run at the box office. Made in a mere budget of 15-20 crores, the film has done a massive business of more than 100 crores worldwide in a week of its release. 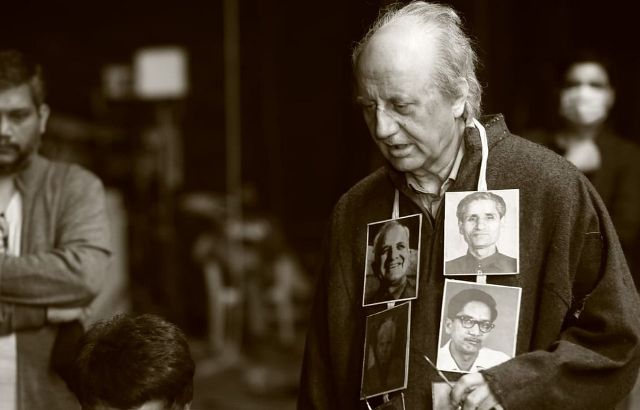 Featuring veteran actor Anupam Kher, Mithun Chakraborty, Darshan Kumaar, and Pallavi Joshi in key roles, The Kashmir Files has made a solid impact on the audience and garnered super positive word of mouth. Despite being released on limited screens across the country, the film emerged as the first choice of the audience which forced the theatres to increase the shows.

Presented by Zee Studios, The Kashmir Files was released on 630 screens across the country, but due to the soaring crowd in theatres, the makers decided to increase the screens to 2000 from day three onwards. This shows what storm it has taken at the box office despite low promotions and not being associated with any big Bollywood star.

On Friday, the film was opened on a good note and did a business of 3.55 crores. With remarkable growth on Saturday, The Kashmir Files minted an amount of 8.50 crores. Then with a further jump and increased screen count, it had managed to score 15.10 crores and had registered a total collection of 27.15 crores in the opening weekend.

On weekdays, instead of a decline, The Kashmir Files showed a spike in business and even recorded the highest box office numbers post-pandemic period, surpassing Sooryavanshi. On a phenomenal note, the film raked a business of 15.05 crores on Monday, 18 crores on Tuesday, and 19.05 crores on Wednesday.

On a similar note, The Kashmir Files did a business of 18.05 crores on Thursday and collected a total of 97.30 crores nett in a week at the domestic box office. Whereas at the worldwide box office, it has grossed 106.80 crores within 7 days of its release.

In the second week, the film will compete with the new biggie Bachchhan Paandey starring Akshay Kumar, Kriti Sanon, Jacqueline Fernandez & Arshad Warsi. As per the current trend, TKF is likely to remain unaffected at the box office.