Despite no big star and limited screening across the country, the new Hindi offering The Kashmir Files has reported a phenomenal performance at the box office. After exceeding the expectations on Friday, the film showed remarkable growth over the weekend and has registered higher business than the Hindi version of the biggie Radhe Shyam. 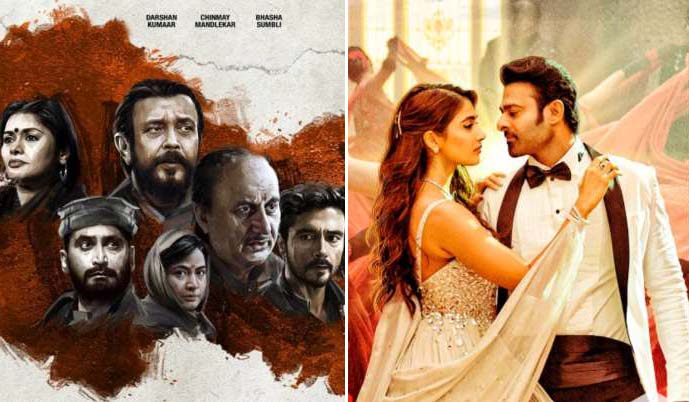 Directed by Vivek Ranjan Agnihotri, The Kashmir Files is based on true events in history – the exodus of Kashmiri Pandits during the Kashmir Insurgency. Unfortunately, the film didn’t receive much response from the critics but the support it is getting from the audience is tremendous. Due to heavy footfalls, many theatres have doubled the shows.

Featuring Anupam Kher, Mithun Chakraborty, Darshan Kumaar, and Pallavi Joshi in key roles, The Kashmir Files is getting huge appreciation from the viewers and as a result, it has garnered very positive word of mouth. On Friday, the film was opened on a strong note and did a business of 3.55 crores nett from 630+ screens nationwide.

On Saturday, The Kashmir Files witnessed a massive growth of 139.44% vis-a-vis Friday and minted an amount of 8.50 crores. Then on Sunday, with another huge jump, it managed to score 15.10 crores from around 2000 screens. After 3 days, it has registered a total of 27.15 crores and surpassed the lifetime total of Agnihotri’s previous film The Tashkent Files (17.21 crores).

On the other hand, the large-scale PAN-India release Radhe Shyam starring Prabhas and Pooja Hegde has received mixed reviews from the critics despite spectacular visuals. The film is doing amazing in the South but struggling in the Hindi belt. On Friday, its Hindi version was opened at 4.55 crores from around 2200 screens.

Due to mixed word of mouth, Radhe Shyam (Hindi) had shown minimal growth on Saturday and raked an amount of 4.60 crores. While on Sunday, it managed to collect 5 crores and has registered a 3-day total collection of 14.15 crores nett which is quite lower than the earlier expectations.

A couple of weeks back released Gangubai Kathiawadi starring Alia Bhatt and Ajay Devgn has performed better in its third weekend than the new offering Radhe Shyam (Hindi).