Despite not being associated with any big Bollywood star, The Kashmir Files is reigning at the box office. Made at a mere budget of 15 crores, the film had entered the 100-crore club within 8 days of its release and is now aggressively heading towards achieving the milestone of 200-crore in the next two or three days. 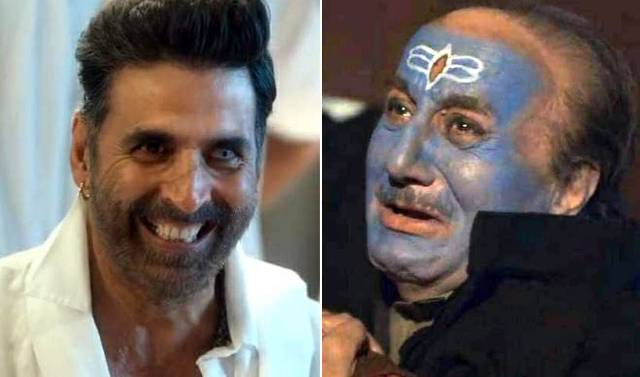 Featuring veteran actor Anupam Kher, Mithun Chakraborty, Darshan Kumaar, and Pallavi Joshi in key roles, The Kashmir Files has made a solid impact on viewers and garnered super positive word of mouth. As a result, it did a massive business of 97.30 crores in the first week from 2000 screens across the country (initially the screen count was only 630).

In the second week, Vivek Ranjan Agnihotri’s directorial is running across 4000 screens in India and also badly impacting the business of the new offering Bachchhan Paandey. On the 2nd Friday, despite post-noon screenings due to Holi, TKF managed to collect 19.15 crores. While on the 2nd Saturday, it showed a solid jump and minted 24.80 crores.

With further growth on the 2nd Sunday, The Kashmir Files raked a business of 26.20 crores at the domestic box office, taking its 10-day total collection to 167.45 crores nett. At the worldwide box office, it has grossed 192.35 crores within 10 days of its release.

On the other hand, the new Hindi offering Bachchhan Paandey is struggling at the box office due to The Kashmir Files storm. Directed by Farhad Samji, the film has received mostly favourable reviews from the critics as well as the audience, but the box office numbers are not very exciting.

Starring Akshay Kumar, Kriti Sanon, Jacqueline Fernandez, and Arshad Warsi in lead roles, masala entertainer Bachchhan Paandey took a decent start on Friday and collected 13.25 crores, which was good considering Holi and of course TKF. On Saturday, instead of growth, the film recorded a decline and minted 11.50 crores.

Then on Sunday, Bachchhan Paandey remained flat and raked a business of 11.42 crores. After the opening weekend, it has registered a total collection of 36.17 crores nett from around 3000 screens nationwide. Sajid Nadiadwala’s production film will have to remain steady on weekdays as SS Rajamouli’s RRR will also join the race from the next week.