Despite the release of a couple of new Hindi movies, Walt Disney Studios’ presentation has remained unaffected and crossed the mark of 100-crore at the Indian box office with its second weekend. The existing Hindi offering Super 30 has also shown healthy growth over its third weekend. 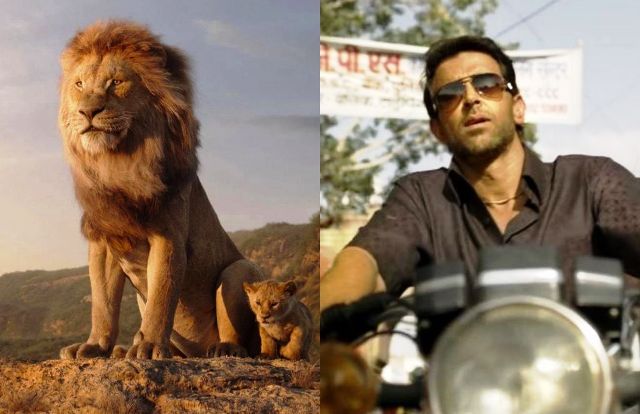 Directed by Jon Favreau, the live-action adaptation of 1994’s animated movie has expectedly hit the target right among the Indian audience and gathered a positive word of mouth. As a result, it did a solid business of 81.57 crores in the first week that included 54.75 crores in the weekend and 26.82 crores on weekdays.

On 2nd Friday, The Lion King had recorded a slight drop in footfalls and minted the amount of 5.35 crores. Then on 2nd Saturday, it took exceptional growth and raked 12.22 crores. On the next day i.e. 2nd Sunday, the movie scored 15.13 crores and raised its 10 days total collection to 114.27 crores nett.

On the other hand, with a solid word of mouth, Hrithik Roshan and Mrunal Thakur starrer Super 30 had raked the business of 75.85 crores in the first week. Then in the second week, it showed a better trend and managed to collect the amount of 37.86 crores.

On 3rd Friday, Vikas Bahl’s directorial had maintained a strong pace and minted the amount of 2.14 crores. Over the third weekend, it took a noticeable jump and garnered the business of 4.47 crores on 3rd Saturday & 5.61 crores on 3rd Sunday. After 17 days, the total domestic collection of Super 30 has become 125.93 crores nett.