After the tremendous opening weekend, the latest Hollywood offering The Lion King has passed the crucial Monday at an excellent note at the Indian box office. Despite having the holdover titles Kabir Singh, Article 15 & Super 30 in the parallel, it remained strong on a normal working day. 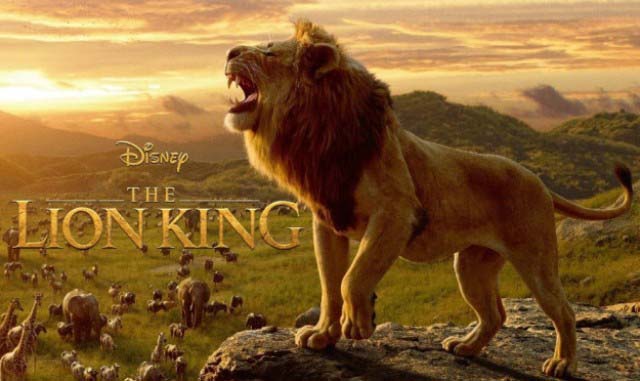 Presented by Walt Disney Studios, the live-action adaptation of a 1994’s animated film with the same title has got succeed to hit the target right among the Indian audience. From critics also, it has received mostly positive reviews and gathered a good word of mouth.

The Lion King was released on Friday amid the high buzz and expectedly took a good start in the morning. Post noon shows, it had picked up and registered a solid opening business of 11.06 crores, which is higher than Disney’s 2016 release The Jungle Book (10.09 crores) & recent Hollywood biggie Spider-Man: Far From Home (10.05 crores).

Over the weekend, Jon Favreau’s directorial the fantasy adventure film showed a remarkable jump and bagged the amount of 19.15 crores on Saturday & 24.54 crores on Sunday. Now it has entered on weekdays and still has a complete hold over the audience in metros.

On Monday, The Lion King has faced a normal drop vis-a-vis Friday and raked the business of 7.90 crores. With this, the total collection of the film after 4 days has become 62.65 nett (74.58 crores gross) from 2140 screens across India including all the versions.