Walt Disney Studios’ latest presentation The Lion King has registered a tremendous opening week in India and now entered in the second week at a strong despite a couple of new Hindi releases- Judgementall Hai Kya & Arjun Patiala. The holdover Super 30 has also started its third week at a steady note. 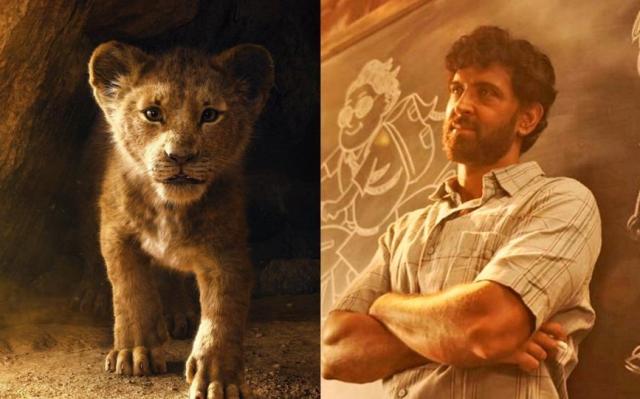 Directed by Jon Favreau, the live-action adaptation of 1994’s animated film with the same title has got succeed to hit the target right among the Indian audience and gathered a solid word of mouth. From critics also, it has received mostly positive reviews.

On the other hand, Hrithik Roshan and Mrunal Thakur starrer Super 30 has also got succeed to impress many in theatres and gained a solid word of mouth. As a result, in the first week, the film did the business of 75.85 crores, while in the second week, it had raked 37.86 crores.

Patna based mathematician Anand Kumar’s biopic has now entered in the third weekend and still has an enough hold over the audience in metros. On 3rd Friday, after a drop of 29.37%, Super 30 has minted the amount of 2.14 crores. With this, its 15 days total collection has become 115.85 crores nett.