Marvel Studios’ much-awaited superhero film Thor: Love And Thunder starring Chris Hemsworth is finally out in theatres across India one day ahead of its original release. As expected, the film has taken a solid start at the Indian box office and registered the highest opening in the Thor franchise so far. 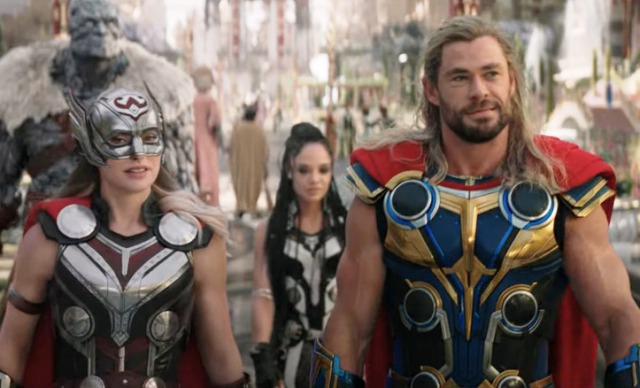 Directed by Taika Waititi and presented by Walt Disney Studios Motion Pictures, the 29th film in the Marvel Cinematic Universe – Thor: Love And Thunder has received favourable reviews from many critics as well as the audience and garnered positive word of mouth across the country.

On Thursday, despite being a normal working day, Thor 4: Love And Thunder opened on an excellent note with 40-45% occupancy in the morning. After a good jump post noon shows, the film has managed to collect 18.20 crores nett at the box office from 2800 screens across India including English, Hindi, Tamil, Telugu, Malayalam, and Kannada.

With such a bumper opening, Thor: Love And Thunder has become the fifth-best opening Hollywood film in India after Avengers: Endgame (53.10 crores), Spider-Man: No Way Home (32.67 crores), Avengers: Infinity War (31.30 crores), and Doctor Strange: In the Multiverse Of Madness (28.35 crores). Interestingly, all top-5 films are Marvel’s presentations.

The previous film in the Thor franchise, Thor: Ragnarok (2017) did an opening business of only 7.77 crores and collected 58.73 crores nett in its lifetime. While the first 2 films in the franchise – Thor (2011) and Thor: The Dark World (2013) had raked approx. a total of 6 crores and 29 crores nett respectively from India.

Going by the current trend, Thor: Love And Thunder is expected to remain strong throughout the 4-day extended weekend and register a thunderous total.