After a disappointing first week, Thugs Of Hindostan has passed its second week as well on a similar note and showed no improvement throughout. Despite being the biggest Hindi film of the year, it has faced a huge rejection from the audience and as a result, got crashed within a week of release. 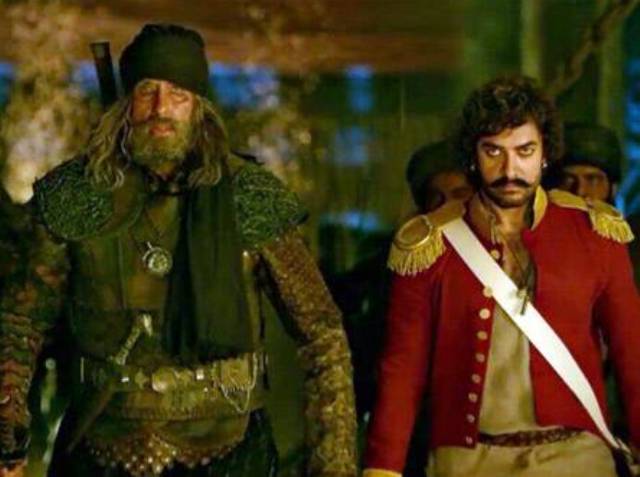 Starring Amitabh Bachchan, Aamir Khan, Katrina Kaif & Fatima Sana Shaikh in lead roles, Thugs Of Hindostan was released amid the humongous excitement but got failed to make an impact on viewers. Due to its weak story-line & unconvincing direction, it has received unfavorable reviews from the critics.

After a tremendous opening, Vijay Krishna Acharya’s directorial showed an unexpected downtrend over the 8-days extended first week and did the business of 140.40 crores that included 123 crores on the weekend and 17.40 crores on weekdays from 5000 screens nationwide.

In the second week, Thugs Of Hindostan got reduced to 1800 screens and collected the amount of 5.55 crores, with 1.34 crores on 2nd Friday, 1.75 crores on 2nd Saturday & 2.46 crores on 2nd Sunday. Then on weekdays, the film has witnessed further drops in footfalls due to normal working days & a negative word of mouth.

Following the similar downtrend, Yash Raj Films’ production managed to collect the amount of 0.90 crore on 2nd Monday, 0.90 crore on 2nd Tuesday & 0.85 crore on 2nd Wednesday. On the next day i.e. 3rd Thursday, TOH minted 0.82 crore and raised its 15 days total collection to 149.42 crores with 143.74 crores from Hindi and 5.68 crores from Tamil & Telugu versions across India.