Everybody was expecting a strong & long run for Thugs Of Hindostan at the box office but unfortunately, this biggie has turned out to be a big disaster. Despite a solid star power & humongous buzz, it got failed to keep a hold over the audience and crashed rapidly within a week of release. 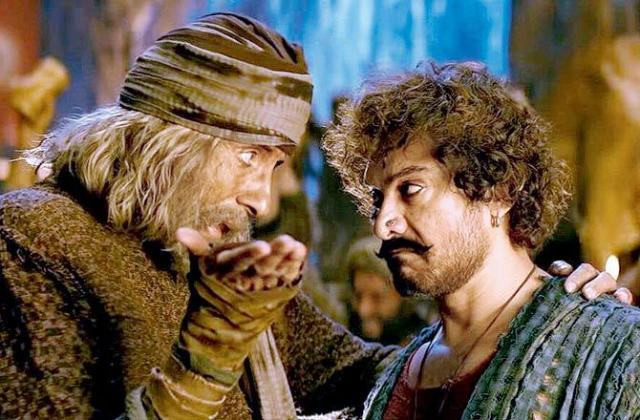 Directed by Vijay Krishna Acharya, Thugs Of Hindostan hasn’t lived up to the expectations and as a result, facing huge rejection worldwide. Due to a weak story-line, it received unfavorable reviews from the critics as well as the audience and gained a negative word of mouth.

Despite registering the biggest opening of all time in Bollywood, Yash Raj Films’ presentation passed the 8-days extended opening week on a disappointing note and did the business of 140.40 crores that included 123 crores on the 4-days weekend and 17.40 crores on weekdays from 5000 screens.

In the second as well, Thugs Of Hindostan didn’t show any sign of improvement and raked the business of only 9.02 crores with 5.55 crores on the weekend and 3.47 crores on weekdays. After 2 weeks, the total collection of the movie was recorded at 149.42 crores nett at the domestic box office including Hindi, Tamil & Telugu versions.

Now Amitabh Bachchan & Aamir Khan starrer is crawling in its third week and has landed on the ground. On a poor note, TOH managed to collect the amount of 0.25 crore on 3rd Friday & 0.30 crore on 3rd Saturday. Then on 3rd Sunday, it collected 0.35 crore and raised its 18 days total collection to 150.32 crore with 144.61 crores from Hindi & 5.71 crores from Tamil+Telugu.

After the failure of Thugs Of Hindostan, now all eyes on superstar Rajinikanth & Akshay Kumar starrer hugely-awaited sci-fi 2.0 which is all set to release coming Thursday on 29 November 2018.