Finally, the biggest film of the year Thugs Of Hindostan has been released at the box office on Thursday i.e. 8 November 2018 amid the great initial buzz. Due to a holiday and humongous hype, the action adventure has registered the biggest opening of all time in Hindi cinema and also become the first film to cross the 50-crore mark on the first day. 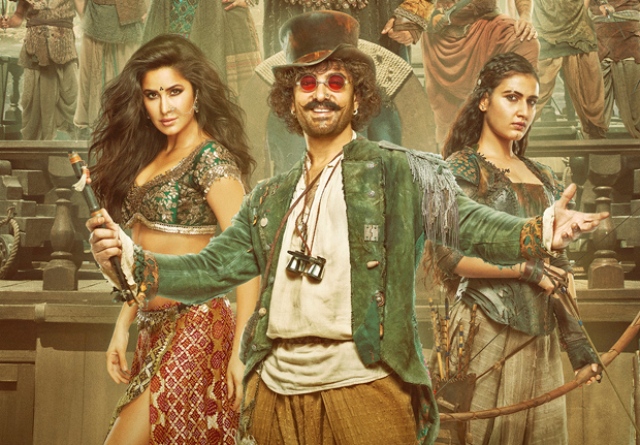 Directed by Vijay Krishna Acharya, highly-awaited Thugs Of Hindostan has unfortunately got failed to live up to the expectations despite solid star power and received mixed reviews from the critics as well as the audience worldwide. Although the mixed word of mouth didn’t affect its run at the box office.

The first film of megastar Amitabh Bachchan & superstar Aamir Khan together has opened on an exceptional note with a massive occupancy of 70% across 5000 screens in India. Despite mixed reviews, it remained super-solid throughout the day and dominated the opening record of SRK’s Happy New Year (44.97 crores all versions / 42.62 crores Hindi only).

On the opening day, with a terrific response from single screens as well as the multiplexes, Thugs Of Hindostan has done the business of 52.25 crores nett at the domestic box office including Hindi (50.75 crores), Tamil & Telugu versions. With this, it has also emerged as the highest single-day grosser of all time by breaking the record of Sanju (46.71 crores on day-3).

As per the current trend, Yash Raj Films’ presentation is positively expected to go past 100-crores by Saturday and remain phenomenal over the 4-days extended festive weekend. Because of its whopping budget, the film is required to maintain the pace on weekdays as well.