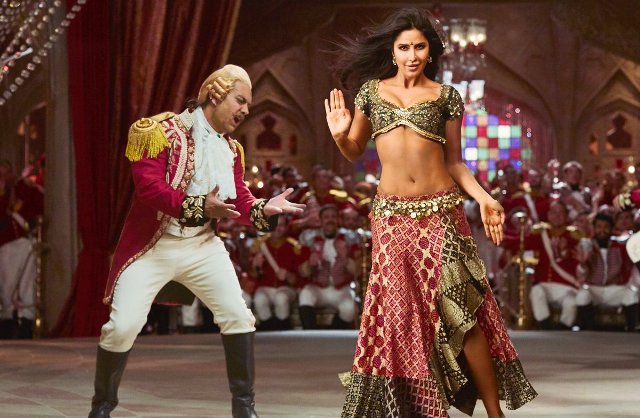 Vijay Krishna Acharya’s directorial Thugs Of Hindostan is making a buzz from last year, which has become stronger since after the release of its official trailer. Not only in terms of budget & star power, but YRF’s presentation is also the biggest because of the humongous pre-release hype.

The combination of Yash Raj Films, director Vijay, Aamir Khan & Katrina Kaif already has the blockbuster Dhoom 3 in its account. And adding Big B to the team has just raised the expectations to the next level. Everyone is immensely excited to catch the movie in theaters.

Makers had opened the advance booking for Thugs Of Hindostan earlier than usual, and as per the report so far, it is positively expected to witness the occupancy of around 70% across 5000 screens in India including its Hindi, Tamil & Telugu versions.

What all the facts & figures are saying, is that TOH is likely to take the all-time biggest opening of Bollywood by dominating the record of SRK’s Happy New Year (44.97 crores). It won’t be surprising if the movie takes 50+ crores opening at the domestic box office.