After an earth-shattering opening on Thursday, the hugely-buzzed Thugs Of Hindostan has witnessed a considerable drop in footfalls on Friday but still remained massive in numbers. Despite Bhaidooj holiday, the movie has got lesser occupancy in theatres on day-2, but fortunately, it’s not a crashing-down situation as TOH managed to collect whopping numbers. 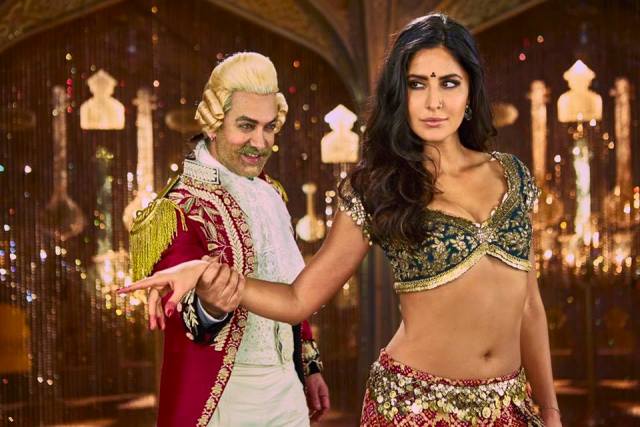 Starring megastar Amitabh Bachchan, superstar Aamir Khan, Katrina Kaif & Fatima Sana Shaikh in lead roles, Thugs Of Hindostan has a solid star power but unfortunately, got failed to impress critics with its content and received mixed reviews. Although the audience across the globe is still very excited to watch the movie.

Directed by Vijay Krishna Acharya, this action adventure was opened on Thursday at a humongous note and remained strong throughout the day. With an overall 70-75% occupancy across the country, it registered the opening business of 52.25 crores (50.75 crores from Hindi only) and become the biggest opener of all time in Bollywood.

On the next day i.e. Friday, Thugs Of Hindostan recorded a heavy drop of 44.02% and raked the business of 29.25 crores (28.25 crores from Hindi only). With this, the total collection of the movie after 2 days, has become 81.50 crores from 5000 screens across India including Hindi, Tamil & Telugu versions.

Yash Raj Films’ presentation TOH is now all set to join the 100-crore club by Saturday’s evening. The movie has 4-days extended festive weekend to enjoy but being a highly-budgeted offering, it will have to maintain the pace on weekdays as well, which is not an easy task with mixed word of mouth.