Despite an earth-shattering start, hugely-awaited Thugs Of Hindostan has passed the 8-days extended week on a disappointing note. Due to a negative word of mouth, the movie got badly affected just from the second day and witnessed a rapid slow down at the box office throughout the week. 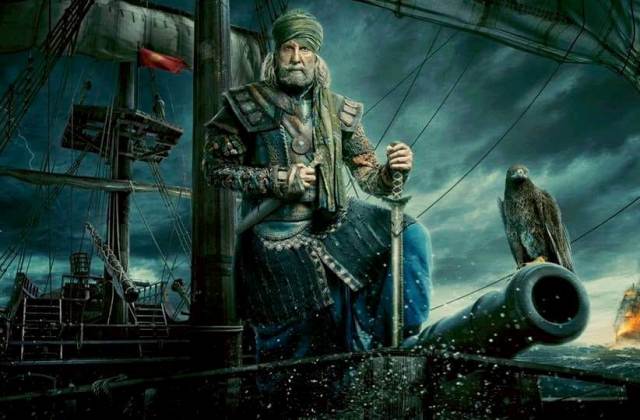 Being the first collaboration of megastar Amitabh Bachchan & superstar Aamir Khan, Thugs Of Hindostan was expected to touch the mark of 200-crore within a week including all the versions. But unfortunately, nothing went in favor and the movie got crashed abruptly.

Due to humongous buzz, Vijay Krishna Acharya’s directorial registered the biggest opening of all time in Bollywood but got failed to carry that pace forward. Over the 4-days first weekend, it came down and collected total 123 crores, that included 52.25 crores on Thursday, 29.25 crores on Friday, 23.50 crores on Saturday & 18 crores on Sunday.

Then on weekdays, with further drops, Thugs Of Hindostan minted the amount of 6 crores on Monday, 4.75 crores on Tuesday, 3.80 crores on Wednesday & 2.85 crores on 2nd Thursday. After a week, the total collection of the movie was recorded at 140.40 crores from 5000 screens nationwide.

Now Yash Raj Films’ production has entered in the second weekend and has no major competition from the new releases, except already-existing Badhaai Ho. On 2nd Friday, TOH faced a drop of 53% than the previous day and collected 1.34 crores. With this, its 9 days total collection has become 141.74 crores including 136.25 crores from Hindi & 5.49 crores from Tamil plus Telugu.