The year 2018 has passed on a phenomenal note for Bollywood, as it witnessed a number of Hindi films that have registered the opening business of more than 20 crores at the domestic box office, although few of them haven’t got succeed to maintain the desired pace afterwards. 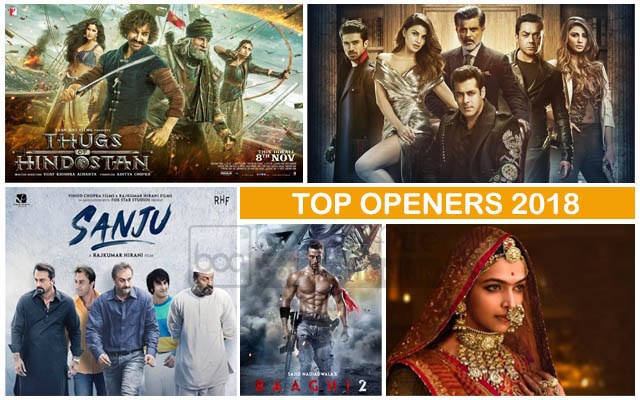 At the top of the list, we have superstar Aamir Khan & Amitabh Bachchan’s first film together Thugs Of Hindostan, which opened at 52.25 crores but got failed to hit the target right. Ranbir Kapoor’s much-loved Sanju acquired the second position with 34.75 crores, while superstar Salman Khan’s Race 3 at the third with 29.17 crores.