After passing the second weekend on a solid note, last week released Hindi film Total Dhamaal has recorded a significant drop in footfalls on weekdays but still scoring well at the box office. Despite the new Hindi offerings- Luka Chuppi & Sonchiriya, the existing one is running unaffectedly across the country. 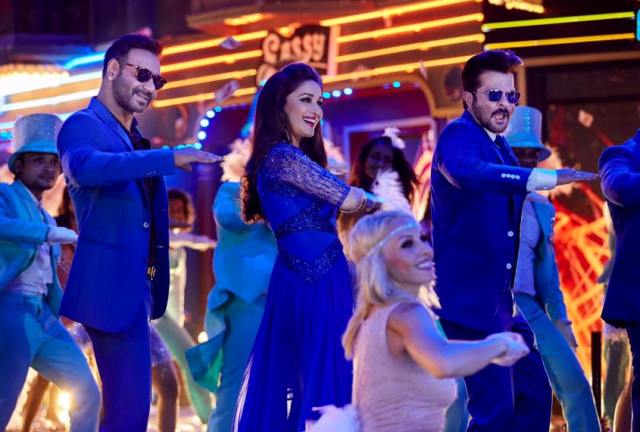 Total Dhamaal started its journey excellently and remained strong throughout. In the first week, it did the business of 94.55 crores which included 62.40 crores in the weekend & 32.15 crores on weekdays from 3700 screens across India. Then in the second weekend, it managed to rake 23.22 crores with 4.75 crores on 2nd Friday, 7.02 crores on 2nd Saturday & 11.45 crores on 2nd Sunday.

Fox Star Studios’ presentation is now running on weekdays once again and but still has a good hold over the audience. On 2nd Monday, there was a public holiday of Maha Shivratri, so the film managed to remain strong and collected the amount of 6.03 crores.

On 2nd Tuesday, due to a normal working day, this adventure comedy faced a drop of 46.93% and minted 3.20 crores. On the next day i.e. 2nd Wednesday, with a further decline, Total Dhamaal bagged the amount of 3 crores and raised 13 days total collection to 130 crores at the domestic box office.