After registering the biggest opening of the franchise, Total Dhamaal has shown a good jump on Saturday across the country. Due to its mass appeal & positive feedback from the viewers, one of the much-awaited films of the year has diverted major audience towards itself. 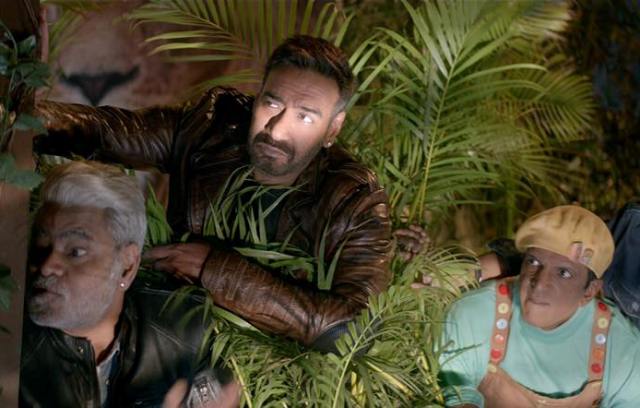 Directed by Indra Kumar, the adventure comedy has received mixed reviews from the critics but it got succeed to entertain many in theatres. Everyone has liked the performances by the leading cast that included Ajay Devgn, Anil Kapoor, Madhuri Dixit, Riteish Deshmukh, Arshad Warsi, Javed Jaffrey, Sanjay Mishra & Johny Lever.

Total Dhamaal was opened at a decent note on Friday and witnessed a fair growth over the evening & night shows. In the end, it did the business of 16.50 crores and emerged as the 2nd highest opening of the year so far & 3rd best for superstar Ajay Devgn.

On the next day i.e. Saturday, the third instalment from the franchise Dhamaal has taken a jump of 23.64% vis-à-vis its opening day and bagged the amount of 20.40 crores. With this, the total collection of the film after 2 days has become 36.90 crores from 3700 screens nationwide.

As per the current trend, Fox Star Studios & Reliance Entertainment’s presentation Total Dhamaal is likely to rake around 60 crores by the end of this week at the domestic box office. Monday is crucial for the film because that will give its future forecast.