Despite getting mixed reviews from the critics, this Friday released Hindi film Total Dhamaal is running strongly at the box office. The much-awaited adventure comedy of the year has passed the opening weekend on a fantastic note and now showing a solid hold over the audience on weekdays as well. 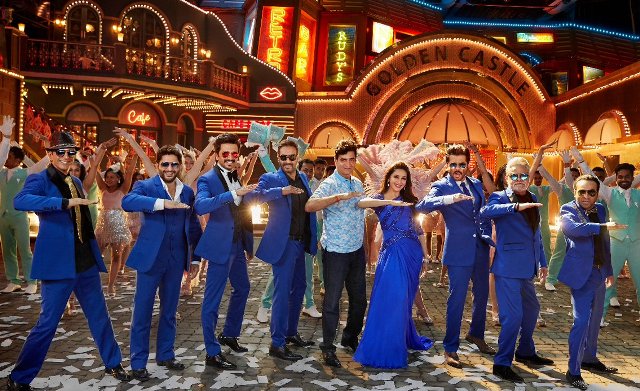 Directed by Indra Kumar, Total Dhamaal was opened on an excellent note and registered the biggest opening of the franchise & second best of the year so far. Over the weekend, it showed a healthy jump and did the business of 62.40 crores which included 16.50 crores on Friday, 20.40 crores on Saturday & 25.50 crores on Sunday.

Presented by Fox Star Studios & Reliance Entertainment, the film is now running on weekdays and still getting a solid response from single as well as multi-screens despite a normal drop in footfalls. On Monday, it faced a drop of 40.30% as compared to Friday and minted the amount of 9.85 crores.

On the next day i.e. Tuesday, Total Dhamaal recorded a further decline and managed to collect the amount of 8.75 crores. With this, the total collection of the film after 5 days has become 81 crores nett at the domestic box office from 3700 screens. As per the trend, it is likely to rake 95+ crores by the end of this week.