Since its release, the anticipated Hindi war drama Uri The Surgical Strike is running miraculously at the box office and within just 10 days, this mid-budget film has joined the 100-crore club. After a fantastic opening week, once again it showed a remarkable jump over the second weekend and become the first blockbuster of the year 2019. 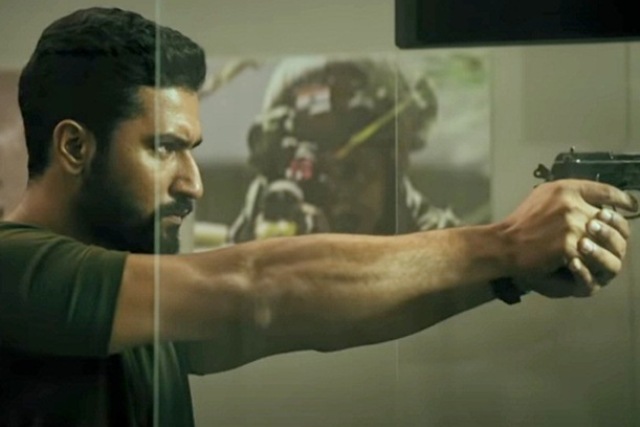 The very much talented Vicky Kaushal, Yami Gautam & Paresh Rawal starrer Uri The Surgical Strike has got succeed to impress everyone in theatres and received very positive reviews from the critics. As a result, it gathered a solid word of mouth and become the fastest 100-crore grosser in the segment of the mid-budget Hindi films.

After an excellent opening, Aditya Dhar’s directorial maintained a super-strong pace throughout the first week and registered the massive business of 70.94 crores which included 35.73 crores in the weekend and 35.21 crores on weekdays from more than 1200 screens across the country.

Now Uri The Surgical Strike is running in the second week and once again passed the weekend on a terrific note. On 2nd Friday, the film managed to collect the amount of 7.70 crores with a slight growth as compared to the previous day. On 2nd Saturday, it took a healthy jump and minted 13.35 crores.

On the next day i.e. 2nd Sunday, RSVP Movies’ production recorded further growth and raked the business of 17.17 crores. With this, its 10 days total collection has become 109.16 crores nett at the domestic box office.