Vicky Kaushal starrer the highly-appreciated Uri The Surgical Strike continues to run phenomenally at the box office and has already become the first blockbuster of 2019. Even in its second week, the film is getting a fantastic response from the audience and has surpassed the lifetime total of his last year’s blockbuster Raazi (123.84 crores) within just 13 days of release. 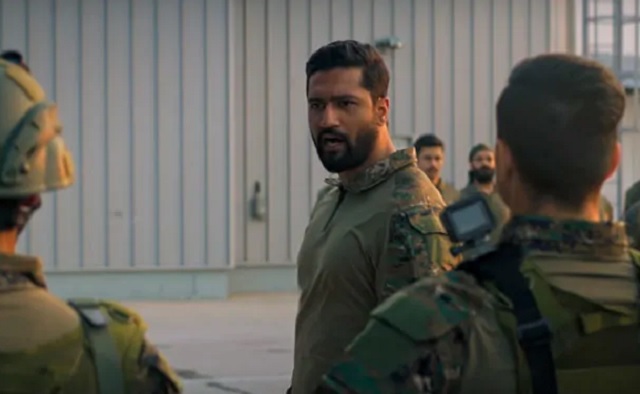 Directed by Aditya Dhar, the war drama Uri The Surgical Strike was opened on an excellent note. Due to a solid word of mouth, it remained super-strong throughout the opening week and registered the business of 70.94 crores which included 35.73 crores in the weekend and 35.21 crores on weekdays from 1200+ screens across the country.

In the second weekend, RSVP Movies’ production once again showed a remarkable jump despite several new Hindi offerings and did the business of 38.22 crores with 7.70 crores on Friday, 13.35 crores on Saturday & 17.17 crores on Sunday. Now it is running on weekdays but still has a superb hold over the audience nationwide.

On 2nd Monday, Uri The Surgical Strike faced a slight drop of 11.43% vis-à-vis 2nd Friday and minted 6.82 crores, while on 2nd Tuesday, it collected 6.30 crores. On the next day i.e. 2nd Wednesday, with a further decline, Vicky-Yami starrer raked 6 crores and raised 13 days total domestic collection to 128.28 crores nett.

Presented by Zee Studios, Uri The Surgical Strike has got succeed to impress everyone with its gripping content based on a proud incident for all Indians. For their commendable performance, the entire cast of the film has received huge appreciation from the critics as well as the audience.