Half a month back released, the highly-appreciated Uri The Surgical Strike is not ready to slow down at the box office even in its third week. Despite the new offerings- Manikarnika & Thackeray in the opposite, it has passed the third weekend on a very good note and has become the highest grossing mid-budget Hindi film of all time by surpassing Tanu Weds Manu Returns (150.80 crores). 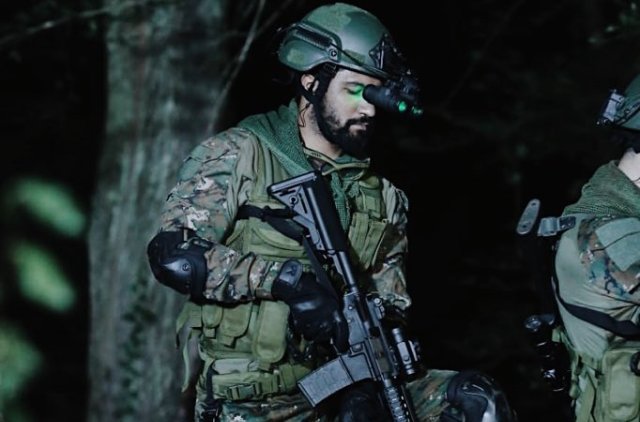 After the two blockbuster weeks, Aditya Dhar’s directorial Uri The Surgical Strike started the third weekend unaffectedly and did the business of 4.40 crores on Friday. Then on Saturday, due to Republic Day, it took a remarkable jump in footfalls and raked the business of 9.86 crores.

On the next day i.e. Sunday, Vicky Kaushal, Yami Gautam, Paresh Rawal & Mohit Raina starrer recorded a slight decline and minted the amount of 9.28 crores. With this, its 17 days total collection has become 157.02 crores at the domestic box office including 133.48 crores from last 2 weeks.

Produced by Ronnie Screwvala’s RSVP Movies, Uri The Surgical Strike has impressed everyone and gathered a solid word of mouth. In the opening week, it remained super-strong throughout and registered the business of 70.94 crores which included 35.73 crores in the weekend and 35.21 crores on weekdays.

In the second week as well, Zee Studios’ presentation maintained a strong pace and managed to collect 62.54 crores with 38.22 crores in the weekend and 24.32 crores on weekdays. As per the current trend, Uri The Surgical Strike is aiming towards the 200-crore mark.