The highly-appreciated Uri The Surgical Strike is showing an exceptional trend at the box office and not ready to slow down even in its third week despite having the two new much-anticipated Hindi offerings. After surpassing the lifetime business of last year’s Thugs Of Hindostan (151.19 crores), now it all set to beat Baaghi 2 (165.50 crores). 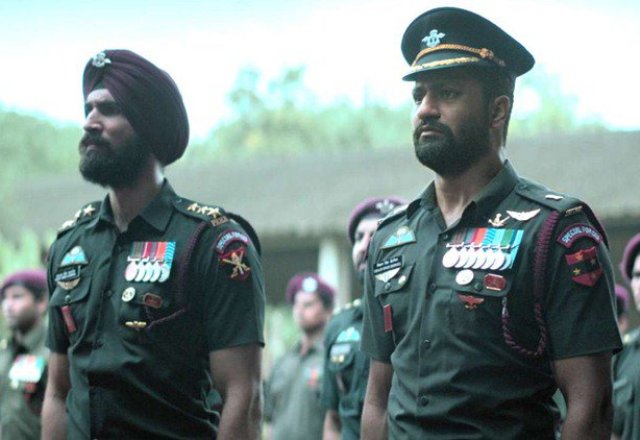 After collecting a massive total in the last two weeks, Vicky Kaushal, Yami Gautam, Paresh Rawal & Mohit Raina starrer Uri The Surgical Strike has registered the excellent business of 23.54 crores in the third weekend which included 4.40 crores on Friday, 9.86 crores on Saturday & 9.28 crores on Sunday.

Directed by Aditya Dhar, the Hindi war drama is now running on weekdays once again and still has enough hold over the audience. On 3rd Monday, with a drop of only 22.05%, the film minted 3.43 crores. On the next day i.e. 3rd Tuesday, it managed to rake 3.39 crores and raised 19 days total domestic collection to 163.84 crores.

Uri The Surgical Strike got succeed to impress almost everyone and gathered a solid word of mouth. As a result, it remained super-strong throughout the opening week and did the business of 70.94 crores which included 35.73 crores in the weekend and 35.21 crores on weekdays.

Then in the second week as well, RSVP Movies’ production maintained a strong pace and bagged the amount of 62.54 crores with 38.22 crores in the weekend and 24.32 crores on weekdays. As per the current trend, Zee Studios’ presentation seems to dominate Salman Khan’s Race 3 (170.72 crores) as well by the fourth weekend.