After the three blockbuster weeks, highly-appreciated Uri The Surgical Strike has passed the fourth weekend as well on a solid note. Even in its fourth week, the Hindi war drama is showing an exceptional trend, in fact, better than the biggest blockbuster of all time Baahubali 2. 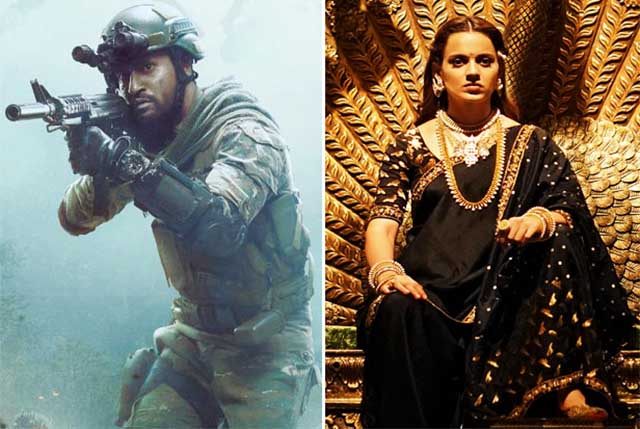 In the fourth weekend, Vicky Kaushal & Yami Gautam starrer raked the business of 18.94 crores with 3.44 crores on Friday, 6.62 crores on Saturday & 8.88 crores on Sunday. On 4th Monday, despite a drop, it minted 2.90 crores and raised 25 days total collection to 192.36 crores nett at the domestic box office.

Directed by Aditya Dhar & produced by Ronnie Screwvala,  Uri The Surgical Strike is winning hearts across the country. On a fantastic note, it did the business of 170.52 crores in the last 3 weeks which included 70.94 crores in the first, 62.54 crores in the second & 37.04 crores in the third week.

On the other hand, last week released much-anticipated Hindi period drama Manikarnika has passed its second weekend on a good note after an acceptable opening week. It did the business of 3.50 crores on Friday, 5.25 crores on Saturday & 6.75 crores on Sunday.

On 2nd Monday, Kangana Ranaut starrer faced a significant drop and but still managed to collect a decent amount of 2.25 crores. With this, its 11 days total collection has become 78.90 crores including the business of 61.15 crores from the first week at the domestic box office.