Even after the three weeks and having several new offerings in the opposite, Uri The Surgical Strike remains the first choice of the audience nationwide. The highly-appreciated Hindi war drama is showing an exceptional trend at the box office since its release and heading smoothly towards the 200-crore mark. 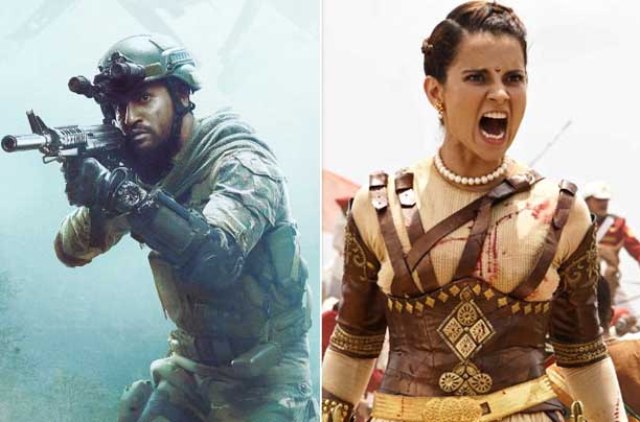 Starring the very talented Vicky Kaushal, Yami Gautam, Paresh Rawal & Mohit Raina in lead roles, the film did the excellent business of 18.94 crores in the fourth weekend with 3.44 crores on Friday, 6.62 crores on Saturday & 8.88 crores on Sunday. Now it is running on weekdays once again and still has a good hold.

On 2nd Monday, Zee Studios’ presentation faced a drop of 35.72% than 2nd Friday and minted 2.25 crores. With a further decline, Manikarnika raked 2.05 crores on 2nd Tuesday and raised its 12 days total collection to 80.95 crores including the business of 61.15 crores from the first week.