The highly-appreciated Hindi war drama Uri The Surgical Strike is showing an exceptional trend at the box office since its release and has become the first mid-budget film to cross the 200-crore mark at the Indian box office. Despite several new offerings in the opposite, it remained the first choice of the viewers so far. 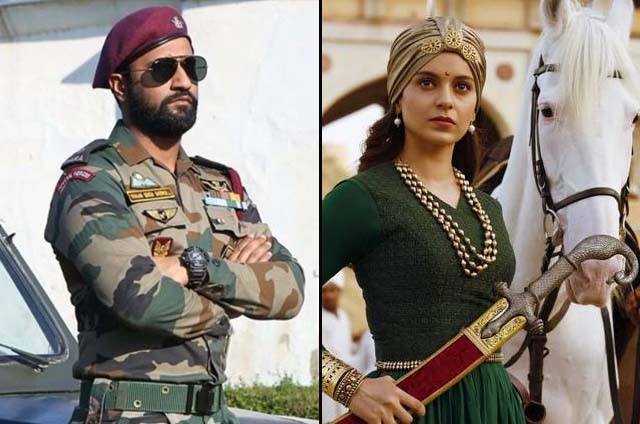 On the other hand, Kangana Ranaut starrer period drama Manikarnika remained the second choice of viewers and has passed its second week on a decent note. In the second weekend, it did the business of 15.50 crores which included 3.50 crores on Friday, 5.25 crores on Saturday & 6.75 crores on Sunday.

Then on weekdays, Krish & Kangana’s directorial witnessed a normal drop and managed to collect 2.25 crores on 2nd Monday, 2.05 crores on 2nd Tuesday & 1.85 crores on 2nd Wednesday. With a further decline, Manikarnika raked the business of 1.75 crores on 2nd Thursday and raised its 2 weeks total collection to 84.55 crores nett including 61.15 crores from the first week.