After creating history by becoming the first mid-budget Indian film to cross the 200-crore mark at the domestic box office, Uri The Surgical Strike has entered in the fifth weekend on a good note. Despite a bunch of new Hindi offerings & the much-anticipated Hollywood film Alita Battle Angel, it managed to remain steady. 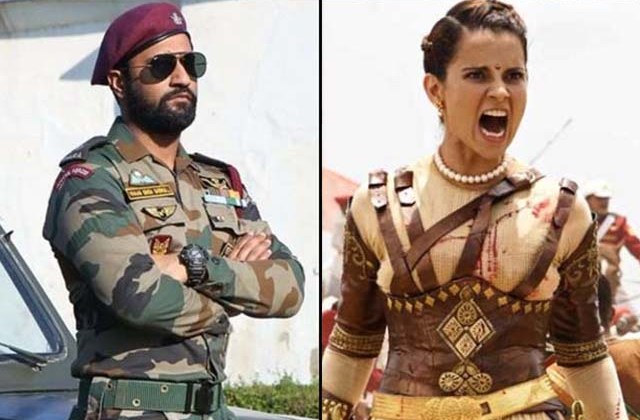 Vicky Kaushal, Yami Gautam, Paresh Rawal & Mohit Raina starrer Hindi war drama faced a normal drop in footfalls on its 5th Friday than the previous day and minted the amount of 2.27 crores. With this, the total collection of Aditya Dhar’s directorial after 29 days has become 202.29 crores nett at the domestic box office.

On the other hand, a couple of weeks back released Kangana Ranaut starrer Manikarnika has witnessed a significant drop on 3rd Friday as compared to the previous day and minted the amount of 1.25 crore. With this, its 15 days total collection has become 85.80 crores nett from Hindi, Tamil & Telugu screens across India.

In the opening week, Krish & Kangana’s directorial did the business of 61.15 crores. While in the second week, on a decent note it bagged the amount of 23.40 crores. Manikarnika is expected to remain the same till the release of Ranveer Singh & Alia Bhatt’s Gully Boy which is all set to hit theaters on 14 February 2019.