After the two blockbuster weeks, the highly-appreciated Uri The Surgical Strike has passed its third week as well on a solid note at the box office. Despite the newly released Manikarnika & Thackeray, Vicky Kaushal & Yami Gautam starrer remained unaffected throughout. 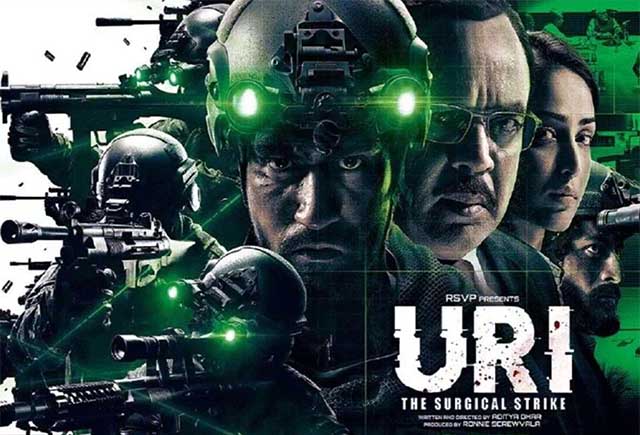 Directed by Aditya Dhar, the Hindi war drama Uri The Surgical Strike registered an excellent business of 23.54 crores in the third weekend with 4.40 crores on Friday, 9.86 crores on Saturday & 9.28 crores on Sunday. Then on weekdays as well, it managed to remain rock-steady.

With an acceptable drop in footfalls, the film minted the amount of 3.43 crores on 3rd Monday, 3.39 crores on 3rd Tuesday & 3.37 crores on 3rd Wednesday. On the next day i.e. 3rd Thursday, it scored 3.31 crores and raised 3 weeks total collection to 170.52 crores at the domestic box office.

Produced by Ronnie Screwvala’s RSVP Movies, Uri The Surgical Strike got succeed to impress everyone and on a fantastic note did the business of 70.94 crores in the opening week which included 35.73 crores in the weekend and 35.21 crores on weekdays.

In the second week as well, it managed to maintain a strong pace and raked the business of 62.54 crores with 38.22 crores in the weekend and 24.32 crores on weekdays. Zee Studios’ presentation is likely to surpass the lifetime business of Salman Khan’s Race 3 (170.72 crores) by its 4th Friday.