A month back released, the highly-appreciated Uri The Surgical Strike is showing the best trend ever at the Indian box office. After the 4 blockbuster weeks, it is now running in the fifth week and surprisingly getting a higher response than the Hindi version of India’s biggest blockbuster Baahubali 2. 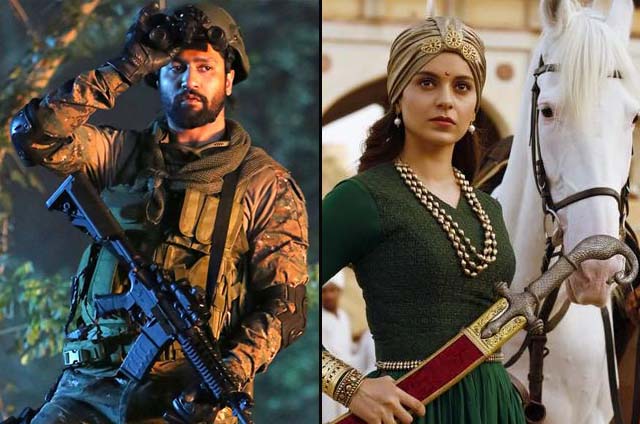 Despite the new much-anticipated Alita Battle Angel, Vicky Kaushal & Yami Gautam starrer war drama entered unaffectedly in the weekend and did the business of 2.27 crores on its 5th Friday. Then on 5th Saturday, with a remarkable jump in footfalls, the film minted 4.60 crores and raised 30 days total collection to 206.89 crores.

In the last 4 weeks, Uri The Surgical Strike registered the business of 200.02 crores at the domestic box office which included 70.94 crores in the first, 62.54 crores in the second, 37.04 crores in the third and 29.50 crores in the fourth week. Aditya Dhar’s directorial is positively expected to go past 210 crores by this weekend.

On the other hand, half a month back released magnum opus Manikarnika is also holding well at the box office due to positive word of mouth. Despite a bunch of new releases, it started the third weekend on a decent note and collected the amount of 1.25 crore on Friday.

On Saturday, after a good growth, Kangana Ranaut starrer period drama bagged 2.65 crores and raised its 16 days total collection to 88.45 crores from Hindi, Tamil & Telugu screens nationwide. In the last 2 weeks, the film did the business of 84.55 crores with 61.15 crores in the first & 23.40 crores in the second week.