No one had expected such stupendous performance by Uri The Surgical Strike at the domestic box office. Vicky Kaushal, Yami Gautam, Paresh Rawal & Mohit Raina starrer Hindi war drama is showing a better trend than India’s biggest blockbuster Baahubali 2 in its fifth week. 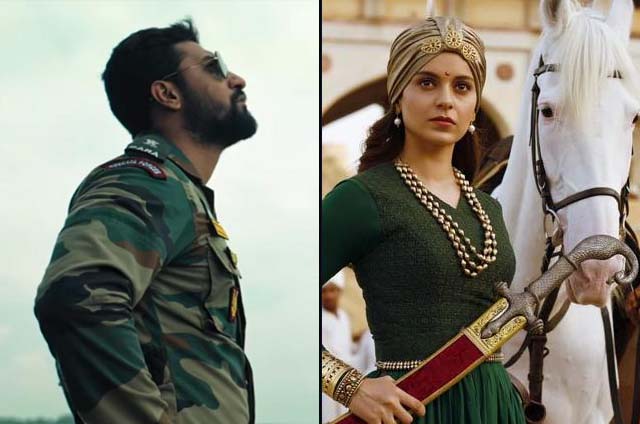 In the fifth weekend, once again Aditya Dhar’s directorial showed a superb growth and did the business of 12.64 crores with 2.27 crores on Friday, 4.70 crores on Saturday & 5.67 crores on Sunday. Now on weekdays as well, it is running steadily and bagged the amount of 1.70 crores on 5th Monday & 1.63 crores on 5th Tuesday.

With this, the 33 days total collection of Uri The Surgical Strike has become 215.99 crores at the domestic box office including the business of 200.02 crores from the last 4 weeks. As per the current trend, RSVP Movies’ production is likely to rake around 219 crores by the end this week.

In parallel, more than a couple of weeks back released Hindi period drama Manikarnika is also running steadily in its third week. In the weekend, it did the business of 7.15 crores with 1.25 crores on Friday, 2.65 crores on Saturday & 3.25 crores on Sunday.

Kangana Ranaut starrer has faced a significant drop on weekdays and minted 0.85 crore on 3rd Monday. With a further decline, it bagged 0.80 crore on 3rd Tuesday and raised 19 days total collection to 93.35 crores which included the business of last 2 weeks i.e. 84.55 crores from Hindi, Tamil & Telugu versions.