More than a month back released, the highly-appreciated Uri The Surgical Strike continues its dream run at the box office. Even in its 5th week, the Hindi war drama is not ready to slow down and showing an exceptional trend despite having a bunch of new Hindi offerings along with the existing one Manikarnika in the opposite. 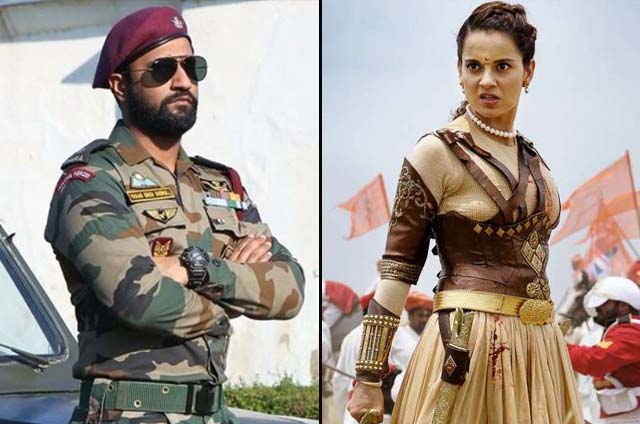 On the next day i.e. 5th Wednesday, Uri The Surgical Strike faced slight more decline and minted 1.57 crores. With this, the total collection of RSVP Movies’ production after 34 days has become 217.56 crores at the domestic box office including the business of 200.02 crores from the last 4 weeks.

In parallel, almost 3 weeks back released the Hindi period drama Manikarnika has passed its third weekend on a decent note and collected 7.15 crores with 1.25 crores on Friday, 2.65 crores on Saturday & 3.25 crores on Sunday. On weekdays, it recorded a normal drop in footfalls and minted 0.85 crore on 3rd Monday & 0.80 crore on 3rd Tuesday.

On 3rd Wednesday, with a further decline, Kangana Ranaut starrer Manikarnika bagged the amount of 0.75 crore and raised 20 days total collection to 94.10 crores from Hindi, Tamil & Telugu screens across India including the business of 84.55 crores from the last 2 weeks.