The blockbuster Uri The Surgical Strike is heading with an exceptional trend at the box office. After the four blockbuster weeks, the Hindi war drama has passed its fifth week as well on a solid note despite having a bunch of new Hindi offerings in the opposite along with the existing one Manikarnika. 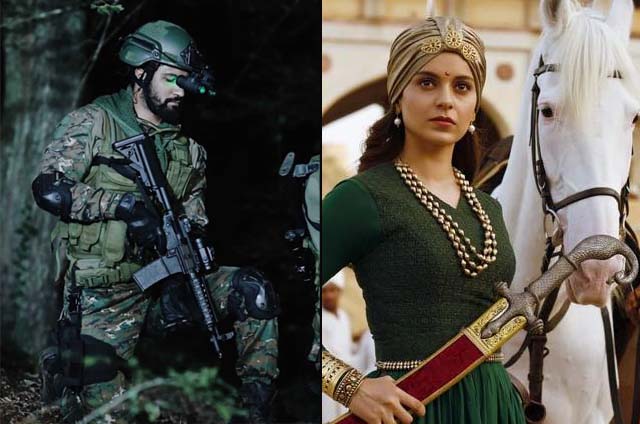 On 5th Thursday, due to the release of much-anticipated Gully Boy, Uri The Surgical Strike faced a slight drop in footfalls and bagged the amount of 1.41 crore. With this, its 5 weeks total collection has become 218.97 crores at the domestic box office including the business of 200.02 crores from the last 4 weeks.

On the other hand, the Hindi period drama Manikarnika is also heading steadily but on a low note. In the third weekend, it did the business of 7.15 crores with 1.25 crores on Friday, 2.65 crores on Saturday & 3.25 crores on Sunday. Then on weekdays, after a significant drop, the film scored 0.85 crore on 3rd Monday, 0.80 crore on 3rd Tuesday & 0.75 crore on 3rd Wednesday.

On 3rd Thursday, Kangana Ranaut starrer Manikarnika managed to collect 0.65 crore and raised its 3 weeks total domestic collection to 94.75 crores from Hindi, Tamil & Telugu screens including the business of 84.55 crores from the last 2 weeks.