After the five blockbuster weeks, Vicky Kaushal & Yami Gautam starrer Uri The Surgical Strike now has the new Hindi offering Gully Boy in its opposite but still not ready to slow down at the box office. While 3 weeks back released Kangana Ranaut’s Manikarnika got affected and witnessed a significant decline. 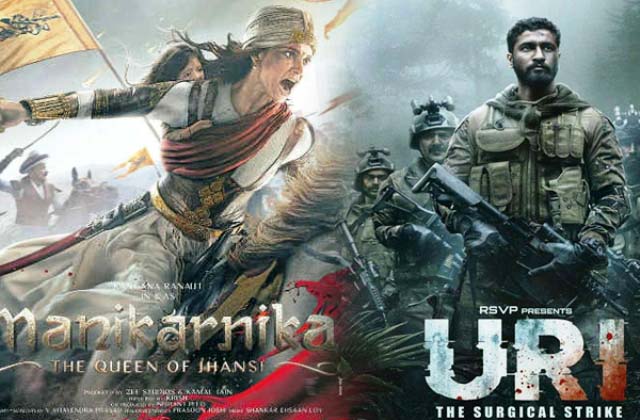 Directed by Aditya Dhar, the highly-appreciated war drama Uri The Surgical Strike has started its sixth week on a steady note. On 6th Friday, the film recorded a decline of 14.89% and minted the amount of 1.20 crore. With this, its 36 days total collection has become 220.17 crores at the domestic box office.

On the other hand, Hindi period drama Manikarnika has started its fourth week on an average note. Due to new releases, it witnessed a drop of 46.15% in footfalls as compared to the previous day and bagged the amount of 0.35 crore. After 22 days, the total collection of the film has become 95.10 crores.

In the last 3 weeks, Zee Studios’ presentation Manikarnika did the business of 94.75 crores with 61.15 crores in the first, 23.40 crores in the second and 10.20 crores in the third week from Hindi, Tamil & Telugu screens across the country.