Despite the release of much-anticipated Hindi film Gully Boy this Thursday, the 5 weeks back released Uri The Surgical Strike has refused to slow down at the box office even in its 6th week. Vicky Kaushal and Yami Gautam starrer this highly-appreciated war drama is showing a historic trend. 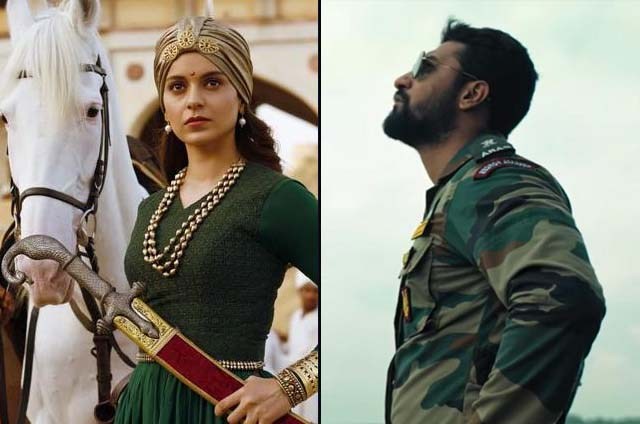 Aditya Dhar’s directorial started the 6th weekend on a steady note and did the business of 1.20 crore on Friday which is a record in itself. Because in the past, 2001’s Gadar: Ek Prem Katha was the only film to collect more than 1 crore nett on 6th Friday.

On 6th Saturday, expectedly Uri The Surgical Strike recorded a good jump in footfalls and minted the amount of 2.52 crores. With this, the total collection of RSVP Movies’ production after 37 days has become 222.69 crores at the domestic box office including the business of 218.97 crores from the last 5 weeks.

On the other hand, the 3 weeks back released Manikarnika has got affected by the release of Gully Boy and witnessed a significant drop in footfalls. The Hindi period drama started the 4th weekend on an average note and did the business of 0.35 crores on Friday.

On the next day i.e. 4th Saturday, Krish & Kangana’s directorial showed a decent growth and bagged the amount of 0.55 crores. After 23 days, the total collection of Manikarnika has become 95.65 crores from Hindi, Tamil & Telugu screens across India including the business of 94.75 crores from the last 3 weeks.