More than a month back released, Uri The Surgical Strike is heading unaffectedly at the box office despite having the new Hindi offering Gully Boy in the opposite. Even in its sixth week, Vicky Kaushal, Yami Gautam, Paresh Rawal & Mohit Raina starrer is getting an exceptional response from the audience nationwide. 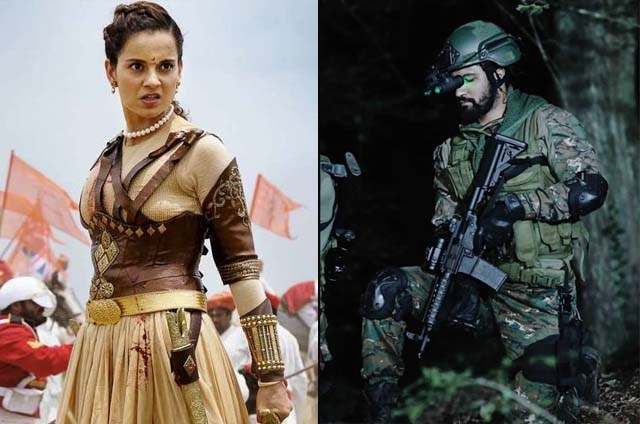 After 39 days, the total collection of Uri The Surgical Strike has become 227.24 crores including the business of 218.97 crores from the last 5 weeks at the domestic box office. As per the current trend, it is expected to rake near 230 crores by the end of this week.

On the other hand, Kangana Ranaut starrer Manikarnika has slowed down now due to the release of Gully Boy. In the 4th weekend, it did the business of 1.60 crore with 0.35 crore on Friday, 0.55 crore on Saturday & 0.70 crore on Sunday. On 4th Monday, the period drama faced a significant drop and minted 0.25 crore.

With this, the total collection of Manikarnika after 25 days has become 96.60 crores including the business of 94.75 crores from the last 3 weeks. Now it seems difficult for the film to join the 100-crore club at the domestic box office.