Vicky Kaushal & Yami Gautam starrer Hindi film Uri The Surgical Strike is unstoppable at the box office even in its 6th week despite having the newly released Gully Boy in the opposite. The war drama based on surgical strike is showing a historic trend, better than 2001’s Gadar- Ek Prem Katha. 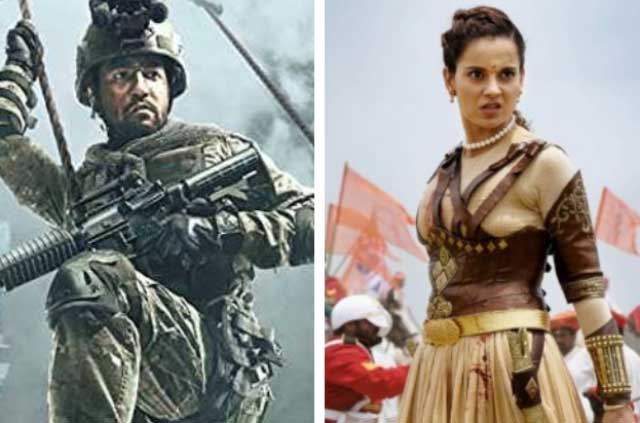 On the next day i.e. 6th Tuesday, Uri The Surgical Strike minted the amount of 1.38 crore and raised 40 days total collection to 228.62 crores nett at the domestic box office including the business of 218.97 crores from the last 5 weeks. The film is likely to rake near 230 crores by the end of this week.

On the other hand, Kangana Ranaut starrer Manikarnika is running in its 4th week and got slowed down due to the release of Gully Boy. In the 4th weekend, it did the business of 1.60 crore with 0.35 crore on Friday, 0.55 crore on Saturday & 0.70 crore on Sunday.

Then on weekdays, Krish & Kangana’s directorial recorded a normal drop in footfalls and minted the amount of 0.25 crore on 4th Monday. With a further decline, Manikarnika raked the business of 0.20 crore and raised its 26 days total collection to 96.80 crores including the business of 94.75 crores from last 3 weeks.