More than 5 weeks back released, Uri The Surgical Strike is showing a miraculous run at the box office despite having the much-anticipated new offering Gully Boy in the opposite. As per records, it has become the first film in the history of Hindi cinema to have such a strong trend for the 6th week. 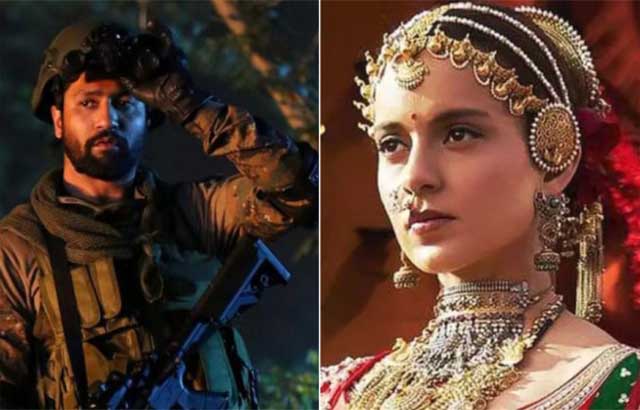 Starring the very talented Vicky Kaushal & Yami Gautam in lead roles, the Hindi war drama did the business of 6.95 crores in the 6th weekend which included 1.20 crore on Friday, 2.52 crores on Saturday & 3.23 crores on Sunday from 860 screens. On weekdays, at a rock-steady note, it minted the amount of 1.32 crore on 6th Monday & 1.38 crore on 6th Tuesday.

On the next day i.e. 6th Wednesday, Uri The Surgical Strike faced a slight drop and bagged the amount of 1 crore. With this, the total collection of the film after 41 days has become 229.62 crores nett at the domestic box office including the business of 218.97 crores from the last 5 weeks.

In parallel, the other existing film, period drama Manikarnika has got slowed down now but still getting a considerable response in its 4th week. In the 4th weekend, it did the business of 1.60 crore with 0.35 crore on Friday, 0.55 crore on Saturday & 0.70 crore on Sunday.