This Friday released the much-anticipated Hindi war drama, Uri The Surgical Strike is running tremendously at the box office. Starring the very talented Vicky Kaushal, Paresh Rawal & Yami Gautam in lead roles, the movie has already become the first hit of 2019 and heading break free to become super-hit within a week of release. 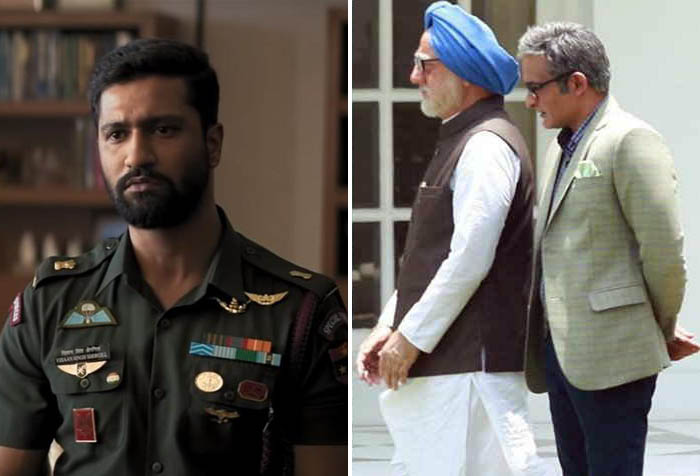 Directed by Aditya Dhar, Uri The Surgical Strike is winning hearts across the globe. Because of its gripping content & commendable work done by the entire cast, the movie has received mostly positive reviews from the critics as well as the audience. As a result, it has gathered a solid word of mouth.

After an excellent opening, RSVP Movies’ production remained super-strong throughout the opening weekend and did the business of 35.73 crores which included 8.20 crores on Friday, 12.43 crores on Saturday & 15.10 crores on Sunday from around 2000 screens nationwide.

Uri The Surgical Strike is now running on weekdays but still has an incredible hold over the audience. On Monday, due to a partial holiday, it remained higher than Friday and minted the amount of 10.51 crores. While with a slight drop in footfalls, the movie raked the business of 9.57 crores on Tuesday.

On the next day i.e. Wednesday, Zee Studios’ presentation witnessed a further decline and managed to bag the amount of 7.73 crores. With this, its 6 days total collection has become 63.54 crores nett at the domestic box office. As per the current trend, Uri The Surgical Strike is all set to score around 70 crores in the first week.

While in its parallel, another anticipated offering The Accidental Prime Minister is unexpectedly lagging behind due to mixed reviews and protests. In the opening weekend, it did the business of 15.80 crores with 4.50 crores on Friday, 5.30 crores on Saturday & 6 crores on Sunday from 1300 screens across India.

Then on weekdays, with a downtrend, it managed to collect 4.75 crores on Monday, 4 crores on Tuesday & 3 crores on Wednesday. After 6 days, the total domestic collection of Anupam Kher & Akshaye Khanna starrer has become 27.55 crores nett.