After a break of one week, finally, the new year has started for Bollywood. The very first notable Hindi films in 2019, Uri- The Surgical Strike & The Accidental Prime Minister have released at the box office this Friday and expectedly hitting the target right with their content. 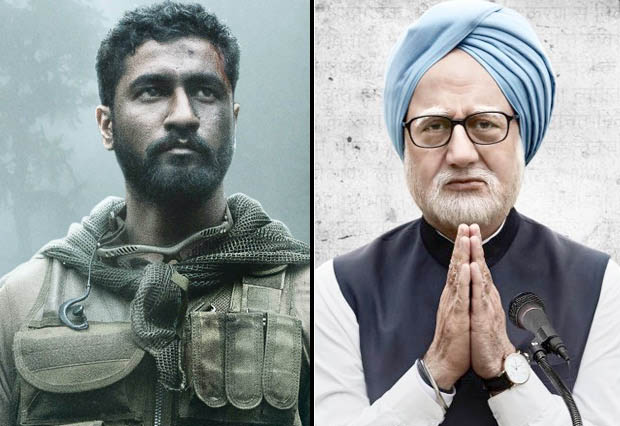 Directed by Aditya Dhar, the anticipated war drama Uri- The Surgical Strike has received mostly positive reviews from the critics as well as the audience across India. Starring Vicky Kaushal & Yami Gautam, the film is based on the surgical strikes done by the Indian Amry on Pakistan Occupied Kashmir in 2016.

On the opening day, Ronnie Screwvala’s production under the banner RSVP Movies took an average start in the morning but witnessed a healthy growth over the evening & night shows. With a good response from multiplexes, Uri-The Surgical Strike has bagged the amount of 8.20 crores on Friday from around 2000 screens.

While on the other hand, Anupam Kher & Akshaye Khanna starrer biographical political drama The Accidental Prime Minister has unexpectedly received mixed reviews from the critics but getting positive reviews from the audience nationwide because of commendable performances by the entire cast.

On Friday, Vijay Gutte’s directorial opened on an average note and recorded decent jump post noon shows in multiplexes. In the end, it registered the opening business of 4.50 crores from 1300 screens nationwide. Over the weekend, both the films are expected to show good growth.