The much-anticipated & initial Hindi releases of the year, War drama Uri The Surgical Strike & biographical drama The Accidental Prime Minister are in theatres now & expectedly receiving praise from the audience nationwide. At the box office also, both the films are doing very well. 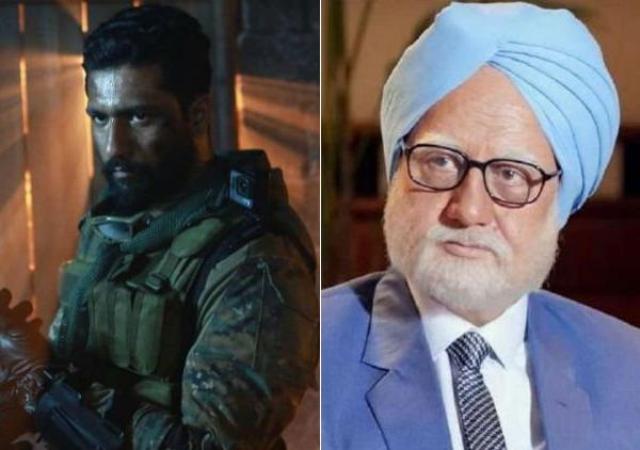 Vicky Kaushal, Paresh Rawal & Yami Gautam starrer Uri The Surgical Strike has got succeed to hit the target right and received mostly positive reviews from the critics as well as the audience. As a result, it registered a solid opening business of 8.20 crores on Friday from around 2000 screens.

Due to positive word of mouth, Aditya Dhar’s directorial showed a healthy jump on Saturday and raked the business of 12.43 crores. With this, the total collection of Uri The Surgical Strike after 2 days has become 20.63 crores nett at the domestic box office.

In parallel, Anupam Kher & Akshaye Khanna starrer The Accidental Prime Minister has unfortunately got mixed reviews from the critics but the audience is showing good support. On Friday, it registered the decent opening business of 4.50 crores from 1300 screens nationwide.

On Saturday, due to mixed reviews & protests, Vijay Gutte’s directorial recorded a limited growth and minted the amount of 5.30 crores. After 2 days, the total collection of TAPM has become 9.80 crores nett at the domestic box office.