This Friday released the two new much-anticipated Hindi offerings, Uri The Surgical Strike and The Accidental Prime Minister are being appreciated by many across India. Both the films are running well at the box office despite Simmba, especially the former one. 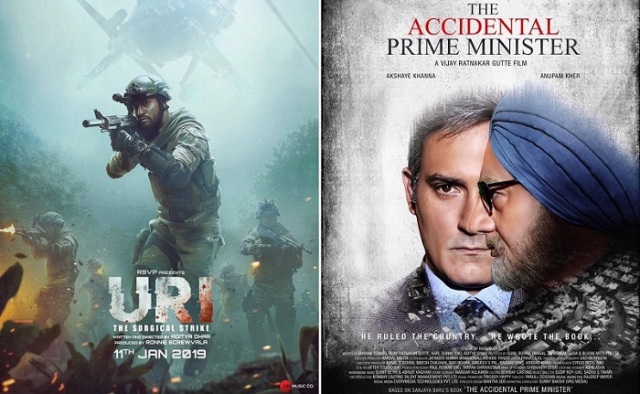 Vicky Kaushal, Paresh Rawal & Yami Gautam starrer war drama Uri The Surgical Strike has got succeed to impress everyone and received mostly positive reviews from the critics as well as the audience. After a decent start in the morning on Friday, the film recorded excellent growth post noon shows and registered the opening business of 8.20 crores.

On Saturday, it witnessed a remarkable jump in footfalls and minted the amount of 12.43 crores. With a further growth on Sunday, Uri The Surgical Strike garnered the business of 15.10 crores and raised its 3 days total collection to 35.73 crores nett at the domestic box office.

On the other hand, Anupam Kher and Akshaye Khanna starrer The Accidental Prime Minister has received mixed reviews from the critics but audience reacting in its favour. As a result, it opened on a decent note and registered the business of 4.50 crores from 1300 screens nationwide.

On Saturday, it took a limited growth and minted the amount of 5.30 crores. On Sunday, with a further jump in footfalls, TAPM raked the business of 6 crores and raised its 3 days total collection to 15.80 crores at the domestic box office.