After passing the opening weekend on a terrific note, the much-anticipated Hindi war drama Uri The Surgical Strike successfully managed to remain strong on Monday as well. Despite the adjacent release The Accidental Prime Minister & already-existing Simmba, it has got succeed to divert major audience toward itself. 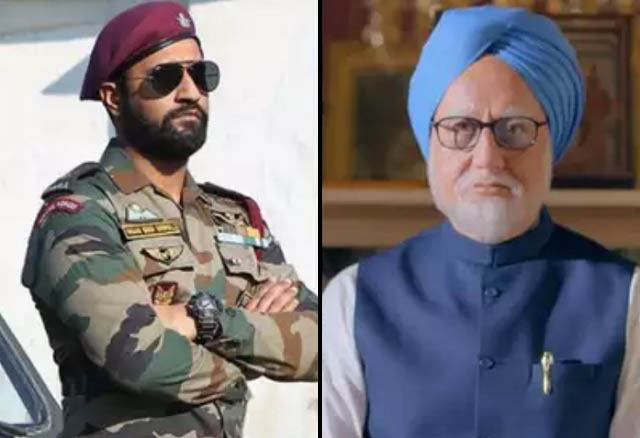 Starring the very talented Vicky Kaushal, veteran actor Paresh Rawal & Yami Gautam in lead roles, Uri The Surgical Strike has expectedly received mostly positive reviews from the critics as well as the audience. As a result, it gathered a solid word of mouth and registered a strong first weekend.

After an excellent opening, Aditya Dhar’s directorial showed a healthy jump over the weekend and did the business of 35.73 crores which included 8.20 crores on Friday, 12.43 crores on Saturday & 15.10 crores on Sunday. On Monday, due to a partial holiday, it managed to collect 10.51 crores and raised 4 days total collection to 46.24 crores nett at the domestic box office.

On the other hand, Anupam Kher & Akshaye Khanna starrer biographical drama The Accidental Prime Minister has unfortunately received mixed reviews from the critics but the viewers are praising the performances by the entire cast, especially Kher as former prime minister Dr Manmohan Singh.

Due to mixed reviews & protests, Vijay Gutte’s directorial witnessed a limited growth over the opening weekend and did the business of 15.80 crores with 4.50 crores on Friday, 5.30 crores on Saturday & 6 crores on Sunday. On Monday, at a higher note than Friday, it minted 4.75 crores and raised 4 days domestic total to 20.55 crores nett.