After a fantastic opening weekend, last Friday released the much-anticipated Hindi film Uri The Surgical Strike remained super-strong throughout and passed its first week on a phenomenal note. Due to a solid word of mouth, the film has diverted major audience toward itself and emerged superhit within a week. 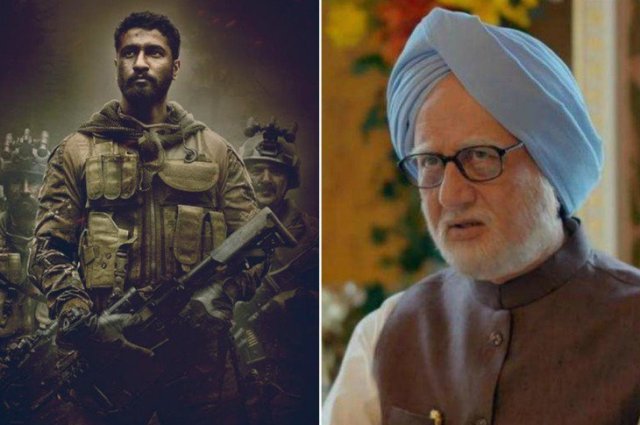 Vicky Kaushal, Paresh Rawal & Yami Gautam starrer war drama Uri The Surgical Strike has got succeed to impress everyone. In the first weekend, it registered the excellent business of 35.73 crores which included 8.20 crores on Friday, 12.43 crores on Saturday & 15.10 crores on Sunday from around 2000 screens nationwide.

Then on weekdays as well, Aditya Dhar’s directorial maintained a solid pace and minted the amount of 10.51 crores on Monday, 9.57 crores on Tuesday & 7.73 crores on Wednesday. On Thursday, with a further drop, the film raked 7.40 crores raised its one week total to 70.94 crores nett at the domestic box office.

While on the other hand, the other anticipated Hindi offering The Accidental Prime Minister has unexpectedly received mixed reviews from the critics. In the opening weekend, it did the business of 15.80 crores with 4.50 crores on Friday, 5.30 crores on Saturday & 6 crores on Sunday from 1300 screens across India.

Then on weekdays, Anupam Kher & Akshaye Khanna starrer faced a downtrend and bagged the amount of 4.75 crores on Monday, 4 crores on Tuesday & 3 crores on Wednesday. On the next day i.e. Thursday, it managed to collect 2.20 crores and raised its one week domestic total to 28.75 crores nett.