Tamil superstar Ajith Kumar is back with his new mass entertainer Viswasam which is all set to release on Thursday i.e. 10 January 2019 worldwide. Co-starring lady superstar Nayanthara, the film has a solid hype among fans and expected to open on a strong note at the box office in Tamil Nadu. 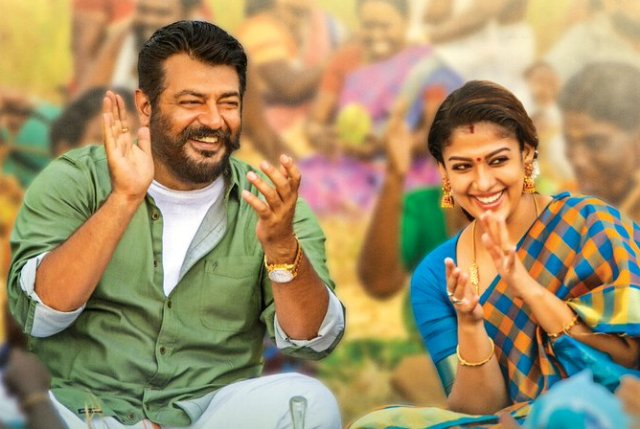 Directed by Siva, Viswasam recorded a tremendous response across the state for its advance booking. As per the report, many theatres there have declared houseful for the entire extended festive weekend. Although Thala 58 is not releasing solo, superstar Rajinikanth’s much-awaited Petta is also joining the battle on the same day.

Thala Ajith is one of the most popular superstars in Tamil Cinema who has a solid fan following across the globe. His last offering Vivegam took an earth-shattering start and registered the opening business of 17.20 crores at the TN box office from 800 screens. While Vedalam opened at 15.50 crores from 520 screens.

There is no doubt, that Thala Ajith’s films release like an event at the box office and this time he is coming on Pongal festival, so one can expect a record opening. Considering the solid track record of AK, Viswasam seems capable enough to open at a range of 18-19 crores in Tamil Nadu.

Outside Tamil Nadu & in the international market as well, Viswasam is expected to get an excellent response. The early reviews are coming in favour of the film, which is a good sign for it to compete with Rajini’s Petta.