Emraan Hashmi & debutante Shreya Dhanwanthary starrer the much-anticipated Hindi satirical drama film Cheat India which is now titled Why Cheat India is all set to hit theatres this Friday amid good buzz among fans. Beside it, there are two other noticeable offerings- Fraud Saiyaan & Rangeela Raja releasing on the same day. 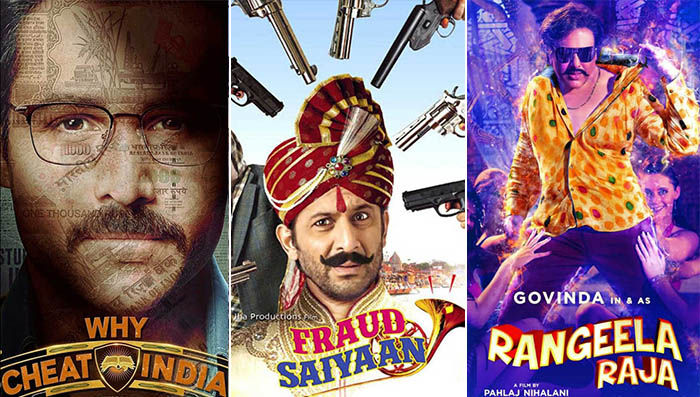 Directed by Soumik Sen, Why Cheat India is based on the education scams in India. With its trailer & promos, the movie has created good pre-release hype for itself but it won’t be an easy ride for the film at the box office because last week released Uri The Surgical Strike still has a solid hold over the audience across India, also Simmba is not over yet.

T-Series Films, Ellipsis Entertainment & Emraan Hashmi Films’ production will definitely witness good growth over the weekend if it gets a positive reaction from the viewers. Although, the early reviews for the film from critics are mixed.

Opposite to Why Cheat India & the existing ones, the journey of Arshad Warsi & Saurabh Shukla starrer Fraud Saiyaan is going to be very difficult. It is expected to open in a range of only 0.75-1.50 crore, while Govinda starrer least buzzed Rangeela Raja doesn’t seem to score more than 0.50 crore on the opening day.