After the under-performed first week, superstar Shahrukh Khan, Anushka Sharma & Katrina Kaif starrer Hindi biggie Zero continues to struggle at the box office while the adjacent-release Kannada film KGF is running smoothly even with its dubbed Hindi version across India. 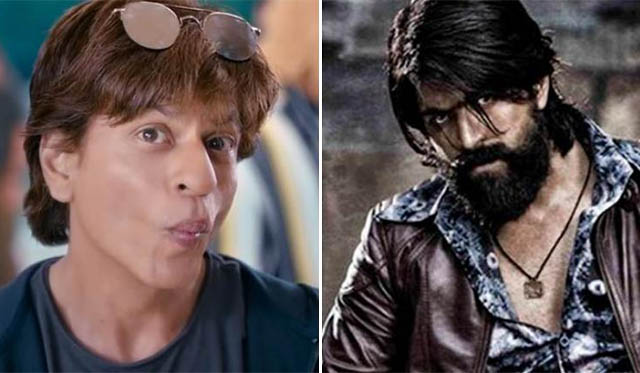 Directed by Aanand L. Rai, Zero has unexpectedly got failed to make the desired impact on viewers and slowed down within a week despite huge pre-release buzz. In the opening week, it did the business of 90.07 crores which included 59.07 crores in the weekend and 31 crores on weekdays from 4380 screens nationwide.

In the second weekend, it registered the business of 3.75 crores with 1 crore on Friday, 1.25 crore on Saturday & 1.50 crore on Sunday. On 2nd Monday, the film remained recorded a drop and collected 1 crore. Then on 2nd Tuesday, with a jump, it minted 1.50 crore and raised 12 days total collection to 96.32 crores.

On the other hand, Kannada magnum opus KGF is heading strongly at the box office and doing excellent with its Hindi dubbed versions as well. It did the business of 21.45 crores in the first week which included 12.10 crores in the weekend and 9.35 crores on weekdays from 1500 screens.