After the under-performed first week, highly-awaited Zero has passed its second week on a poor note due to the release of another awaited Hindi film Simmba which is running phenomenally across the country. Unexpectedly, the first collaboration of superstar Shahrukh Khan & very promising filmmaker Aanand L Rai faced rejection from the audience. 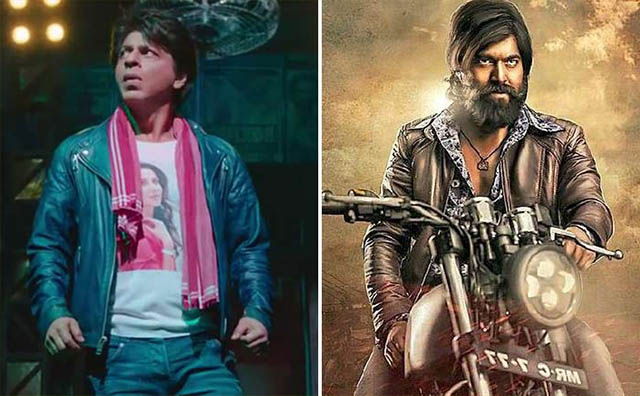 Co-starring the most popular actresses of Bollywood, Anushka Sharma & Katrina Kaif as leading ladies, Zero has got failed to hit the target right and did the business of 90.07 crores in the opening week which included 59.07 crores in the weekend and 31 crores on weekdays from 4380 screens nationwide.

On the next day i.e. 2nd Thursday, Zero recorded a further drop and bagged the amount of 0.40 crore. With this, the total collection of Red Chillies Entertainment’s production after 2 weeks has become 97.32 crores at the domestic box office. Now it seems quite difficult for SRK starrer to touch the 100-crore mark.

In parallel, the dubbed Hindi version of Kannada magnum opus KGF is running excellently since its release across the country. In the opening week, it registered the business of 21.45 crores which included 12.10 crores in the weekend and 9.35 crores on weekdays from 1500 screens.

On the next day i.e. 2nd Thursday, KGF garnered 1.20 crore and raised its 2 weeks total collection to 32.95 crores from the Hindi version only. In other languages as well, Prashanth Neel’s directorial is showing superb performance.