After the under-performed first week and shockingly-low second week, superstar Shahrukh Khan’s latest offering Zero has passed its third weekend on a poor note. While the dubbed Hindi version of Kannada film KGF managed to remain steady despite having the terrifically-running Simmba in the opposite. 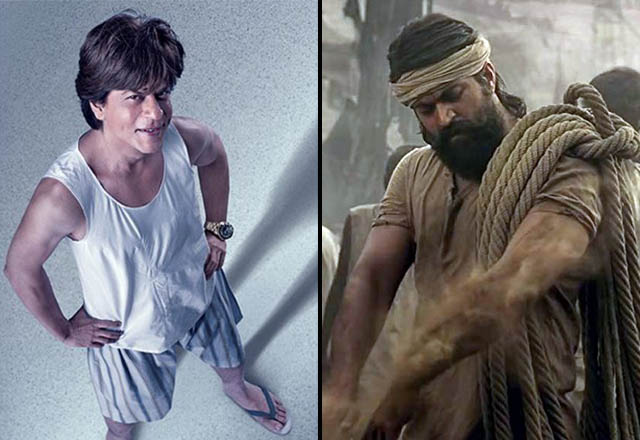 Directed by Aanand L Rai, the unusual romantic drama Zero got failed to hit the target right and faced an unexpected rejection from the audience across the country. Despite a huge initial buzz, it did the business of 90.07 crores in the first week & 7.25 crores in the second.

On 3rd Friday, Red Chillies Entertainment’s production raked the business of only 0.10 crore after a significant drop. Then with a reasonable jump, it minted the amount of 0.15 crore on 3rd Saturday & 0.25 crore on 3rd Sunday. After the third weekend, the total collection of Zero has become 97.82 crores.

On the other hand, Kannada superstar Yash starrer KGF is heading very well nationwide even with its dubbed Hindi version. By showing strong performance throughout the first week, it did the business of 21.45 crores from 1500 screens. While in the second week, it collected 11.50 crores from 780 screens.

On 3rd Friday, Prashanth Neel’s directorial witnessed a slight drop and did the business of 0.90 crore. With a good growth over the weekend, it minted 1.35 crore on 3rd Saturday & 2 crores on 3rd Sunday. After 10 days, the total collection of KGF (Hindi) has become 37.20 crores.