After teasing for long with the teaser, making videos & posters, finally, makers of India’s biggest film till date 2.0 have launched its official trailer on 3rd November at a grand event in Chennai. Directed by S. Shankar, it’s a highly-anticipated science fiction shot in 3D in Tamil & Hindi languages. 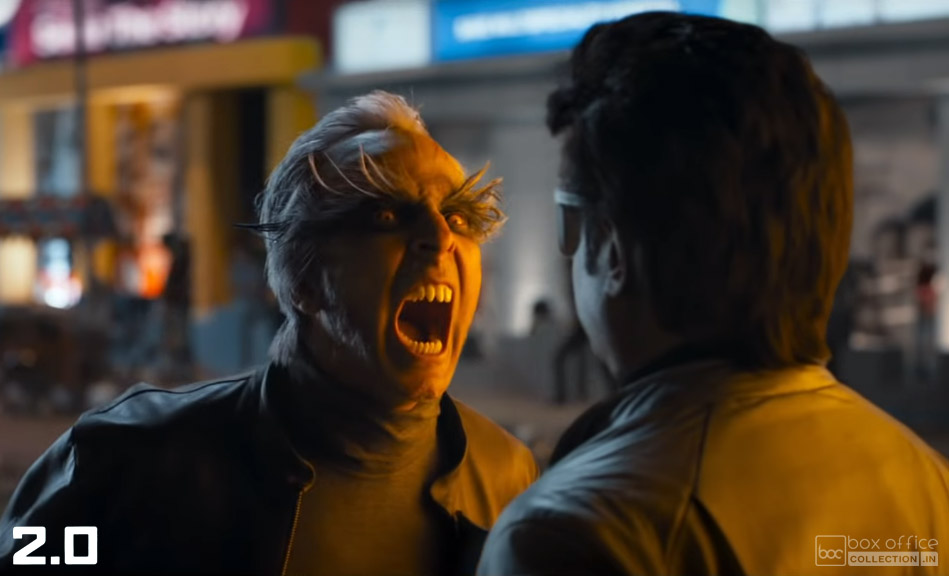 Going by its trailer, superstar Rajinikanth, Akshay Kumar & Amy Jackson starrer 2.0 looks not less than any Hollywood biggie because of the stunning visuals. This is for the first time, our filmmakers have gone to this massive level and making Indian Cinema proud.

On one side where 2.0 trailer is getting rave reviews from everyone for its superlative visuals, there are some viewers who are disappointed, because they haven’t found the plot effective enough. But still, they are looking forward to the film which is all set to hit silver screens on 29 November 2018 in 15 languages worldwide.