After intriguing posters, Nadiadwala Grandson Entertainment has dropped the trailer of its much-awaited action-comedy Bachchhan Paandey. The trailer has been top-notch ever since its launch and as expected, it has created a solid hype for this masala entertainer featuring Akshay Kumar, Kriti Sanon, Jacqueline Fernandez, Arshad Warsi, Sanjay Mishra, Pankaj Tripathi, Prateik Babbar, and Abhimanyu Singh. 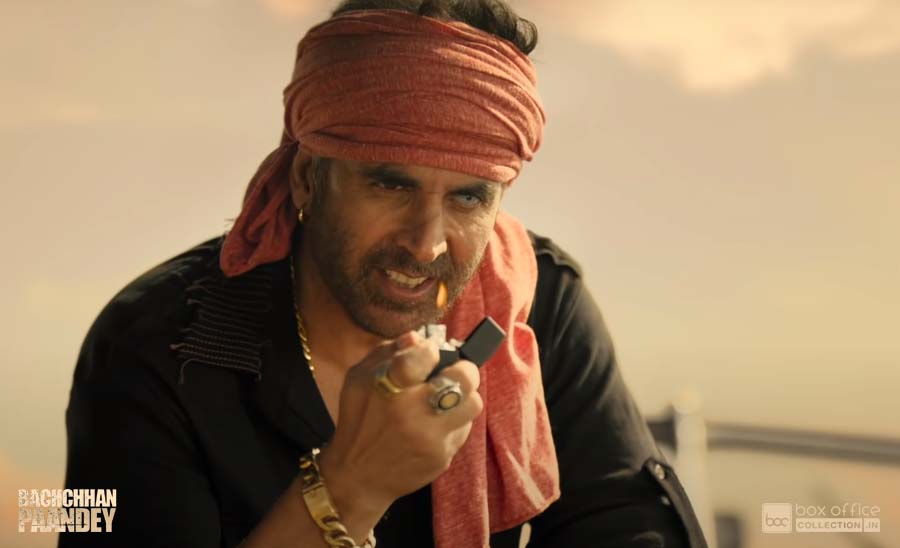 The trailer begins with Kriti Sanon as Myra Devekar, an aspiring director who decides to make a biopic on Bachchhan Paandey, a real-life gangster played by Akshay Kumar. Myra’s old friend Vishu (Arshad Warsi) warns her and tells her about this most menacing one-eyed devil from Baghwa, a village in Bihar. Somehow Myra convinces Vishu to help her develop the script for a film.

Now both of them, Myra and Vishu go on a rampage to learn about Bachchhan Paandey’s life but get themselves into big trouble. What happens next in this twist of tales is going to be a roller coaster ride for the viewers. Further, the trailer introduces Jacqueline Fernandez as Paandey’s girlfriend Sophie, Pankaj Tripathi as Paandey’s mentor Bhaves Bhoplo, Sanjay Mishra as Bufferia Chacha, Abhimanyu Singh as Pendulum, Saharsh Kumar Shukla as Kaandi.

Directed by Farhad Samji, Bachchhan Paandey is the official Hindi remake of the Tamil film Jigarthanda. Produced by Sajid Nadiadwala, the film is all set to hit the theatres on 18 March 2022 this Holi. Currently, Akshay Kumar has 9 more films in the pipeline. YRF’s big-budget Prithviraj co-starring Manushi Chhillar, Sanjay Dutt, and Sonu Sood, is his next slated to release on 10 June 2022, followed by Raksha Bandhan, Ram Setu and others.